As Eman Ahmed Plans To Leave India, A Warning From Her Doctor 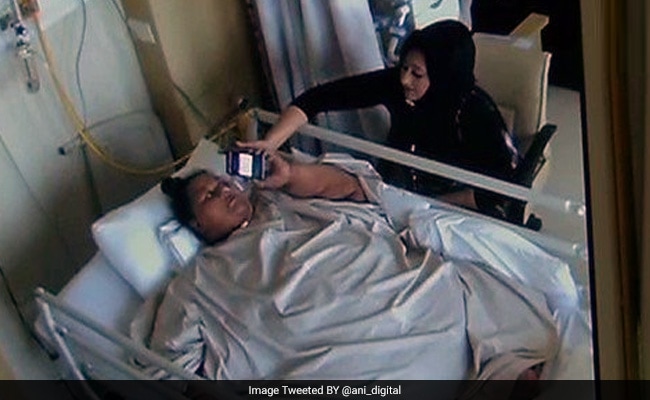 Eman Ahmed would be transferred to Abu Dhabi's Burjeel Hospital.

Mumbai: Muffazal Lakdawala, the bariatric surgeon who treated the Egyptian national Eman Ahmed for obesity, has warned her family against shifting her.

Mr Lakdawala said Ms Ahmed's family was making a mistake by shifting her to UAE. "I think its Vinashkale Viprit Buddhi (wrong thinking at a time of difficulty)," he said describing Ms Ahmed's family's decision to shift her.

Ms Ahmed, believed to be the heaviest woman in the world when she arrived at Mumbai's Saifee Hospital for treatment, is going to be shifted to a hospital at Abu Dhabi.

Her sister Shaimaa Selim had alleged that she was not getting proper treatment at Saifee Hospital, where she is being treated since her arrival in February.

Mr Lakdawala said that Ms Selim was making allegations at somebody else's instance.

"At my first press conference I had made it clear that I had not promised Eman's family that I would make her (able to) walk. As a doctor, I brought down her weight and now nobody can challenge it...everyone knows that her weight has come down drastically," he said.

"I had told Eman's family that I'm taking her to India on bed but I will send her back in chair, and I have done it," Mr Lakdawala further added.

The doctor said the hospital has fully cooperated with the doctors from UAE, who had visited Ms Ahmed recently at the Saifee hospital.

"We are not discharging her. We are accepting her family's decision of transfer from Mumbai to UAE...Her medical reports have already been shared with UAE doctors. We do not know when they are taking her there," he said.

Dr Aparna Bhaskar, section-chief of bariatric surgery at Mumbai's Saifee Hospital added, "She came on a chartered cargo plane and goes back as a passenger on a flight in Business Class."

Ms Ahmed would be transferred to Abu Dhabi's Burjeel Hospital, which is part of the VPS Healthcare group.