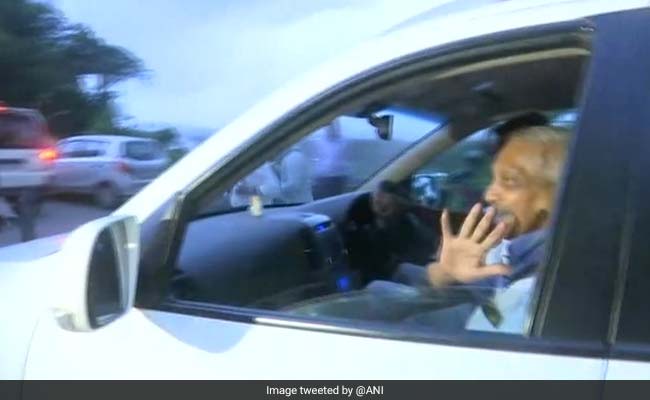 "It's high time Parrikar hands over charge to the senior-most minister," head of BJP-ally MGP said

The Maharashtrawadi Gomantak Party (MGP), an alliance partner in the Manohar Parrikar-led government in Goa, said today that it was "high time" the chief minister handed over the charge to the senior-most minister during his absence in the state.

Mr Parrikar, 62, was flown to Delhi today for a follow-up treatment at the All India Institute of Medical Sciences (AIIMS). According to the Bharatiya Janata Party (BJP) sources, he is scheduled to undergo a series of tests at AIIMS.

Mr Parrikar has been undergoing treatment for his pancreatic ailment. Earlier this year, he had undergone a three-month-long treatment in the US. He had formed a Cabinet Advisory Committee to guide the state during his absence.

MGP, with its three legislators, has given support to the BJP to form the government in the state along with the Goa Forward Party (GFP) and other independent legislators.

Talking to reporters this morning, MGP president Deepak Dhavalikar said, "It is high time Parrikar hands over the charge to the senior-most minister for smooth functioning of the government."

He said in the last eight months, the government has not been able to function smoothly.

Mr Dhavalikar said Manohar Parrikar can remain the chief minister and hand over the charge to someone else in his absence.

Sudin Dhavalikar, who is the the Public Works Department (PWD) Minister, is the senior-most member in the Parrikar-led cabinet.

The MGP chief also ruled out any possibility of the MGP's merger with the BJP.

"There is no question of merger. We are not interested in the merger. It will never happen. We have built the party over several years and it is the hope for future of Goa's politics. We have 12-13 per cent vote share in the state, so where is the question of merging the party," Mr Dhavalikar added.