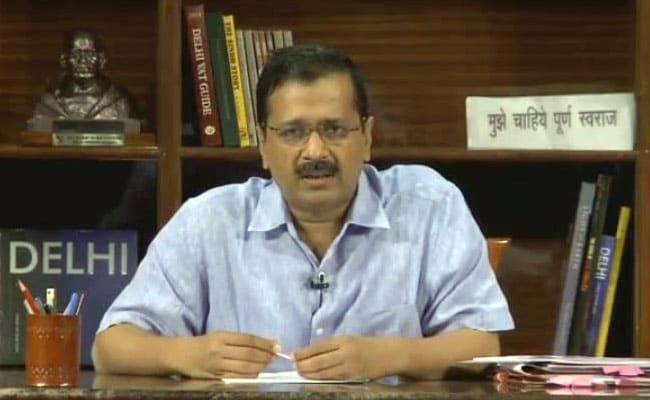 Dalits are protesting the attack by cow vigilante at Una in Gir-Somnath district.

New Delhi: Ahead of his visit to Una to meet Dalits thrashed for skinning a dead cow, AAP national convener Arvind Kejriwal today exhorted all community members to unite in the fight against Gujarat BJP's "oppressive" regime.

In a video message released by party spokesperson Ashutosh at a press conference here today, the Delhi Chief Minister asked Dalit youths to not attempt suicide, responding to the news of more than a dozen and half protesting Dalit members attempting suicide in different places in the state over the Una incident.

"In Gujarat, some youths of Dalit community were beaten up so severely that it has shaken people's conscience. Those who saw the video are raising questions over it. And we saw how at different places in Gujarat, Dalit community members tried to commit suicide," he said.

"And this is not happening only with the Dalit community. It appears government here is trying to suppress other community members also," Kejriwal said.

"When I talk to businessmen here, they say they get phone calls that if you do this you will be killed," he said, adding that government is "spreading fear by scaring and beating people using its police."

"I feel everybody in Gujarat should come together. Dalits, Patidars, businessmen, all need to come together and stand against this oppression. The entire country is with you," he said.

In the message, Kejriwal added that protesting members should maintain peace and Dalit youths should not attempt suicide.

"Why should you commit suicide ?" he asked Dalit youths, adding: "We will fight, we will win, then why kill yourself ? If we all come together, then unity is strength. All community members should come together. We will win. The entire country is with you," he said in a two minute-40 second second video message played at the press conference.

Speaking to media persons, Ashutosh questioned the role of police in the atrocity committed against Dalits in Una, and charged that even the Centre is trying to protect the Gujarat government by giving it a "clean chit."

"Second, he has given a clean chit to the Gujarat government. I would like to say that there is an environment of terror under this government," he charged