Delhi Chief Minister Arvind Kejriwal said he will be visiting Surat on February 26 to personally thank the people of the city. 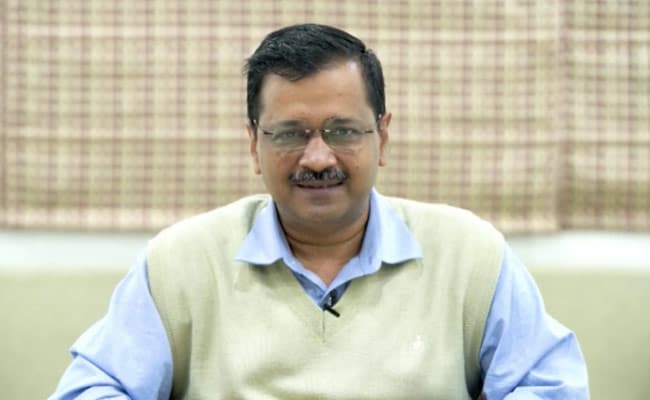 Arvind Kejriwal will be visiting Surat to thank the people for their show of support.

The Aam Admi Party's (AAP) emergence in the Surat civic body is the beginning of a new politics in Gujarat and each of its winning candidates will execute the responsibility with honesty, party chief and Delhi Chief Minister Arvind Kejriwal said today. He also vowed to improve Gujarat in partnership with the people of the state. AAP garnered an impressive 27 seats in the coastal city, replacing the Congress as the main opposition party in the city municipal corporations, elections for which were held on Sunday.

Gleaming over his party's performance, Mr Kejriwal said, "The people of Surat have defeated a 125-year-old party, the Congress, to give the AAP the responsibility of the main opposition. I would like to assure you that each of our winning candidates will handle the responsibility with honesty."

Of 576 seats that voted on Sunday, the BJP has won 483 seats, according to he results announced yesterday. The Congress came a distant second with just 55 seats. AAP, contesting the polls for the first time, won 27 - all from Surat, delivering a big jolt to the Congress which didn't win a single seat in the city this time.

The Patidar Anamat Aarakshan Samiti (PAAS), a body of the Patel community, boycotted the Congress in Surat this time. The AAP took advantage of this and fielded candidates belonging to the caste, decimating the Congress.

The Congress's defeat in Surat raises questions over its Working President, Hardik Patel, who led the sate-wise Patel agitation of 2015. Many members of PAAS were given tickets by AAP in the city this time. The results reflect this, too, since AAP could not win a single seat elsewhere.

AAP's impressive performance is a cause for worry for state BJP chief CR Patil, too, who is an MP from Navsari. He, however, expressed satisfaction yesterday that Surat was the only corporation that was 'Congress-mukt'.

The Delhi Chief Minister said he will be visiting Surat on February 26 to personally thank the people of the city.