"Do you think we are capable of getting such a shooting done? His family has said he has nothing to do with AAP. Such petty stunts 48 hours before elections...Anyone can tell they are using the police before the polls," Arvind Kejriwal said. 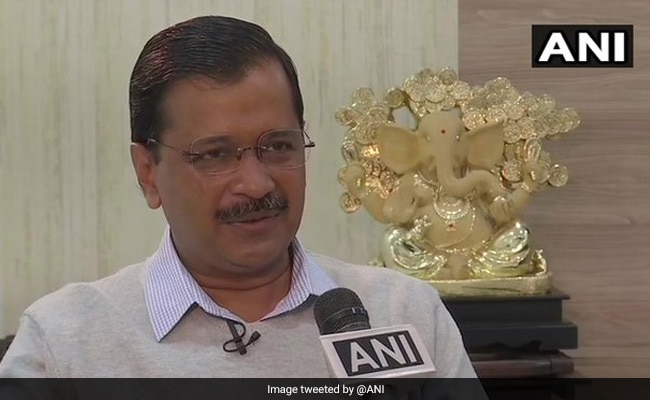 Arvind Kejriwal, reacting to allegations that the man who fired shots at the Shaheen Bagh protest is an Aam Aadmi Party (AAP) member, today accused Home Minister Amit Shah of "using the police" in a "petty conspiracy" to target his party 48 hours before voting for the Delhi election.

The Delhi Chief Minister also referred to the shooter's family denying any links with AAP but said if he was found to be linked to his party, his punishment should be doubled.

"Do you think we are capable of planning such a shooting? His family has said he has nothing to do with AAP. Such petty stunts 48 hours before elections... Anyone can tell they are using the police before the polls," Mr Kejriwal said.

The family of the shooter, Kapil Gujjar, has denied any links with AAP or politics.

Last evening, the police had said Kapil Gujjar, who shouted "Jai Sri Ram" as he fired shots near the anti-citizenship law protest at Shaheen Bagh in south Delhi on Saturday, had confessed to being a member of AAP. They also released a photo from the shooter's phone that they said established him as an AAP member, wearing the party's trademark cap. Despite photos in which Kapil Gujjar is seen with senior AAP leaders like Sanjay Singh and Atishi, his father and brother have denied any connection with Delhi's ruling party.

Photos from Kapil's phone established that he and his father had joined AAP a year ago, said Rajesh Deo, a senior officer of the Crime Branch.

"So what if there are photos? What do photos prove," AAP's Sanjay Singh had questioned.

The 50-day protest at Shaheen Bagh against the Citizenship Amendment Act (CAA) has taken centre-stage in the acrimonious Delhi election campaign. Mr Kejriwal and his AAP have accused the BJP of running a polarizing campaign starring Shaheen Bagh and of trying to distract attention from development issues.