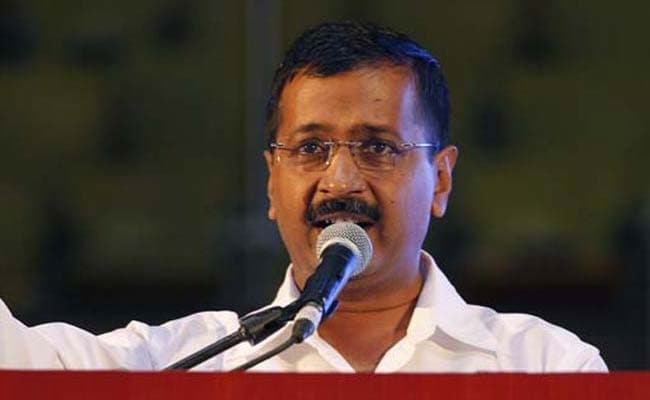 New Delhi: A furious Delhi Chief Minister Arvind Kejriwal has gagged senior leaders of his Aam Aadmi Party, sources said, and is expected to call a meeting today to discuss public statements made by them over the weekend. The order applies in particular to satirist-politician Kumar Vishwas and Delhi lawmaker Amantullah Khan, who has accused Mr Vishwas of plotting a coup to overthrow Mr Kejriwal as AAP chief. Sources said both the leaders have been warned against speaking to reporters and have been told to air their views in party meetings and not on TV cameras.

Mr Khan, a member of the party's core group of leaders the Political Affairs Committee (PAC), sent out WhatsApp messages on Sunday alleging that Kumar Vishwas wants to replace Mr Kejriwal as party chief, failing which he plans to quit AAP and join the BJP, taking with him a number of the party's legislators in Delhi.

Mr Khan has also accused Mr Vishwas of holding meetings with Aam Aadmi Party ministers and lawmakers at his residence.

Mr Kejriwal rubbished the allegation tweeting in Hindi, "Kumar is my younger brother. Some people are trying to drive a wedge between us. They are enemies of the party. They should refrain. No one can separate us." Kumar Vishwas, 46, retweeted Mr Kejriwal.

Mr Vishwas has periodically been accused of planning to quit AAP and join the BJP ever since he praised Prime Minister Narendra Modi a few years ago. His party has always joined him in quelling the rumours, the last in January this year.

Mr Khan's allegations came after Mr Vishwas told NDTV on Saturday that deep structural changes "that could go right to the top" will be made in the Aam Aadmi Party after its humiliating defeat in the Delhi civic polls last month. He said Mr Kejriwal is surrounded by "yes men" and had on their advice, blamed electronic voting machines or EVMs for the defeat.

Mr Kejriwal and other leaders had first alleged that EVMs were rigged to aid the BJP's massive win, but later admitted that AAP had made mistakes and needed to  look within. The AAP chief then circulated a list of dos and don'ts for party leaders and lawmakers that included an oath not to quit.

"They have divided and all the ministers wants to leave the party. They have to rethink on their strategy and it's the responsibility of the leader to take care of the party," said the BJP's Shyam Jaju.

Two years ago, Mr Kejriwal had led the Aam Aadmi Party to a sweep of the Delhi assembly elections, with the party winning 67 of 70 seats. The BJP had won the other three. Since then, two lawmakers have quit AAP and joined the BJP, which also snatched the Rajouri Garden seat last month in a by-election.