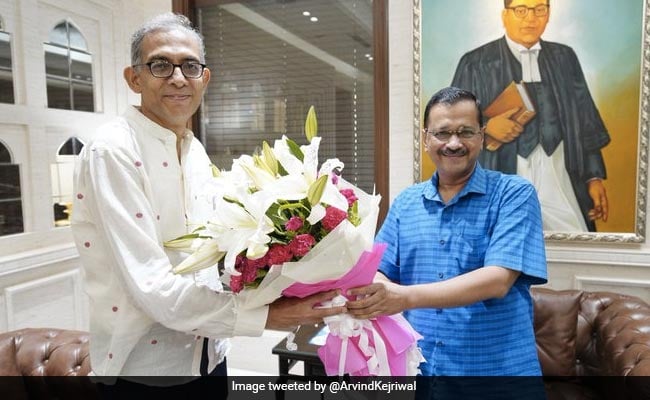 In the meeting, Arvind Kejriwal also talked about his goal of generating 20 lakh jobs.

Delhi Chief Minister Arvind Kejriwal on Friday met Nobel laureate Abhijit Banerjee and discussed with him issues relating to the city's economy, employment and water security, according to an official statement.

Arvind Kejriwal and Abhijit Banerjee exchanged ideas of generating more employment in Delhi by setting up innovation clusters in existing industrial areas of the national capital, it said.

The chief minister expressed his willingness to document his government's work in healthcare and education as models for India and the world to adopt for the greater good of society, the statement said.

Mr Banerjee is a professor of economics at the Massachusetts Institute of Technology.

"He (Kejriwal) sought ideas from Professor Banerjee on tackling the pollution problem at a larger scale in north India. They also deliberated upon water security in the national capital. Kejriwal also talked about his mission of generating 20 lack job opportunities under the Rozgaar Budget," the statement said.