Once the e-Vidhan project is implemented, each and every information in regard to the legislative assembly would be available at the fingertips of the members. 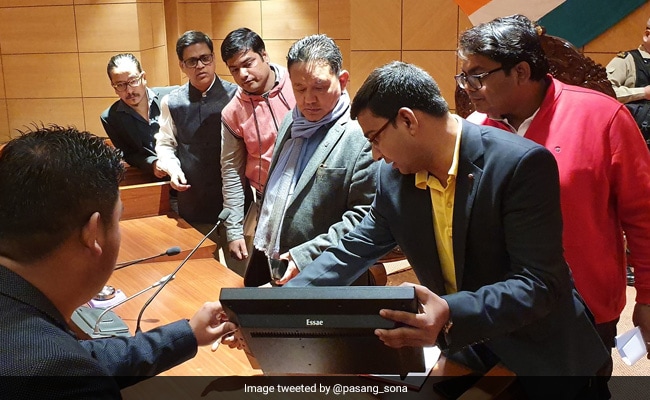 The Arunachal Pradesh Legislative Assembly is all set to go paperless with the implementation of the e-Vidhan project, which is in the final stage, officials said. Aimed at making the functioning of state legislatures paperless, the National E-Vidhan Application (NeVA) is all set for roll out to make the Assembly proceedings paperless, probably from the upcoming Budget session, they said here on Wednesday.

Once the e-Vidhan project is implemented, each and every information in regard to the legislative assembly would be available at the fingertips of the members who can then use their tablets/laptops to see the list of business and read questions and other documents pertaining to House proceedings. Assembly Speaker Pasang Dorjee Sona on Tuesday inspected the ongoing e-Vidhan project, which is being implemented in the Assembly Secretariat here.

The speaker while inspecting the progress of project work instructed the agency concerned to ensure that the project is implemented at the earliest. He suggested to them to maintain the quality of work and also make sure that there is no loophole or lapse in the project, officials said. Informing that the project work is in the final stage with only installation work remaining, the officials of e- Vidhan informed the Speaker that installation work would start immediately and training to the concerned members would be imparted from the second week of February.

They also demonstrated to the speaker the functioning of the e-Vidhan project.