In a blog post, Finance Minister Arun Jaitley hit out the Congress for weakening India's fight against terrorists. 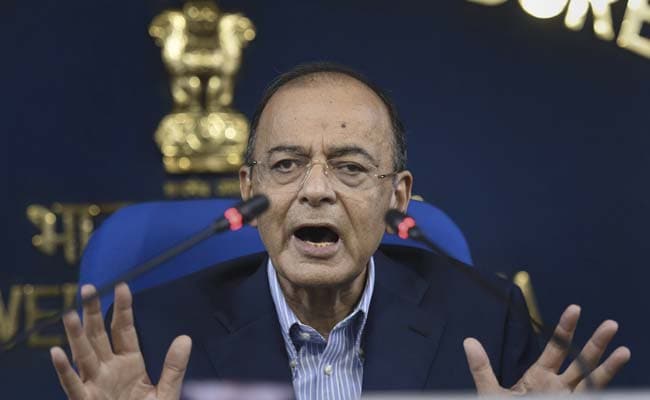 "This country is safe and secure under the NDA Government led by PM," Arun Jaitley said. (File)

India is safe under the leadership of Prime Minister Narendra Modi and it is the Congress that is weakening the nation's fight against terrorists, Union Finance Minister Arun Jaitley said in a blog post today. Mr Jaitley added that he was wondering if voters could trust the party ahead of Lok Sabha elections in May.

The Congress stood with the government after the Pulwama terror attack but it is now raising questions about the Indian Air Force's strikes in Balakot, Pakistan, Mr Jailtey said in the blog titled ''Prime Minister Modi's Evolving National Security Doctrine''.

Mr Jaitley said, "The grand old party started demanding proof that terrorists had died at Balakot. It even contended that the strike was not aimed at terror but at ensuring BJP's victory in the upcoming elections.

The Union Minister added, "Prime Minister Narendra Modi inherited this as a legacy issue. He experimented with the conventional method of trying to soften the relationship with Pakistan in a hope that wiser sense would prevail, but Pakistan responded with Pathankot, Uri and Pulwama."

"Should not those who have played into the the hands of Pakistan be taught a lesson in these elections? Unhesitatingly the answer to the above question is a big 'yes''. This country is safe and secure under the NDA Government led by Prime Minister Modi," he said.

On PM Modi's role in Kashmir, Mr Jaitley said, "He encouraged the mainstream political parties of the Valley to be a part of the national coalition in Kashmir. Unfortunately the double talk of support from Delhi and the pressure from the Jamat-e-Islami were to the detriment of anti-separatists policy."