Arun Jaitley Returns From US After Treatment: "Delighted To Be Back Home"

Arun Jaitley, even in the US, had kept up pressure on the opposition on a range of issues, from the controversy over selection of CBI chief to the 'Grand Alliance' of opposition parties. 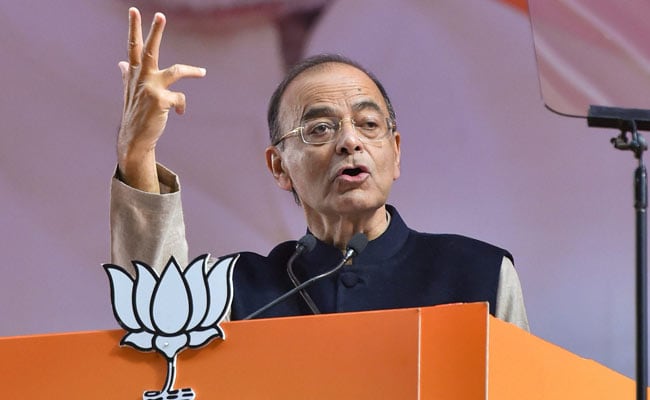 Arun Jaitley in the US for treatment.

Finance Minister Arun Jaitley, who could not present the Interim Budget this year after he had to fly to the US for treatment, tweeted today for the first time on returning home. Though he was not in the thick of political business when he was in the US, he was regular in sending his point across continents with tweets and blog posts, as back home the political temperature rose with the Lok Sabha elections just months away.

"Delighted to be back home," the Finance Minister tweeted this afternoon.

Mr Jaitley, 66, stopped attending office at North Block in April last year. A month later he was admitted to the All India Institute of Medical Science (AIIMS) in Delhi for treatment. He returned to office in August last year before he went to the US in January.

Union Minister Piyush Goyal, who was made in-charge of his ministry, presented the election-year Interim Budget that contained, among other big announcements, a direct cash transfer scheme for farmers worth Rs 75,000 crore and rebate for small taxpayers whose earnings are up to Rs 5 lakh a year. Mr Goyal replied to the finance minister in a tweet:

Delighted to welcome back respected Shri @arunjaitley ji. Very grateful to him for his support, guidance and leadership. https://t.co/8vc12CFDso

While in the US, Mr Jaitley kept up pressure on the opposition on a range of issues, from the controversy over selection of CBI chief to the 'Grand Alliance' of opposition parties, which he called a club of "nawabs of negativity". "The nawabs of negativity may come together but that is not something that will carry credibility as far as people are concerned," Mr Jaitley had said, speaking via video link at the CNBC-TV18 India Business Leadership Awards event.

His latest Facebook post, made on Friday, dwelled upon the issue of "nikah-halala". "Some incidents are so unconscionable and repulsive that they shake the conscience of the society and compel it to take remedial measures. Injustice perpetuated by personal laws is a glaring example of this... A recent case from Bareilly has shocked my conscience. It relates to the obnoxious practice of nikah-halala in Islamic personal law. A lady who is married in 2009 was twice divorced by her husband through Triple Talaq, once in 2011 and subsequently in 2017," Mr Jaitley said.

100 Trees To Be Planted For Every Child Born In Sikkim