Arun Jaitley died this afternoon at Delhi's All India Institute Of Medical Sciences after battling a long illness. He was 66. 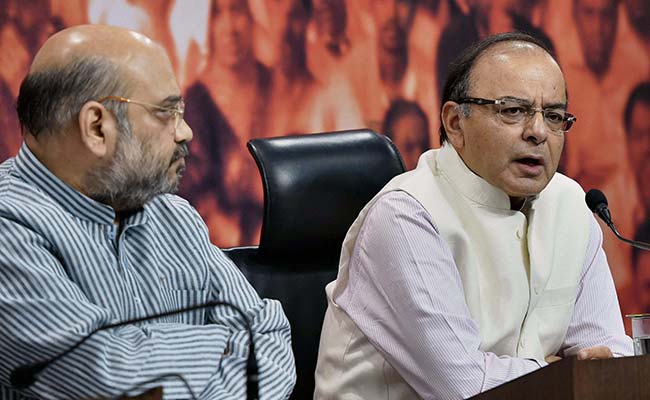 Arun Jaitley was admitted to Delhi's AIIMS since August 9. (File)

"Deeply saddened by Arun Jaitley's death. His death is a personal loss for me. I have not just lost a senior party colleague but also a member of my family, who guided me for several years," Mr Shah wrote in a tweet in Hindi.

Arun Jaitley died this afternoon at Delhi's All India Institute Of Medical Sciences after battling a long illness. He was 66.

Like Sushma Swaraj, Mr Jaitley, a lawyer-turned-politician, enjoyed cordial ties with politicians across the spectrum.

After the BJP won a second term in the national election this year, he wrote to Prime Minister Narendra Modi that he would "not be part of any responsibility in the new government" because of his health.

PM Modi, who is in the UAE for a three-nation visit, also paid tributes in a series of tweets. "With the demise of Arun Jaitley Ji, I have lost a valued friend, whom I have had the honour of knowing for decades. His insight on issues and nuanced understanding of matters had very few parallels. He lived well, leaving us all with innumerable happy memories. We will miss him!," PM Modi wrote in one of the tweets.

In his tribute, Defence Minister Rajnath Singh said Mr Jaitley will be remembered for "pulling economy out of gloom". "Jaitleyji will always be remembered for pulling the economy out of the gloom and putting it back on the right track. The BJP will miss Arunji's presence. I extend my heartfelt condolences to his bereaved family," Mr Singh tweeted.