Army's Version Of Shopian Incident To Be Taken Into Account: State Police Chief

Two civilians were killed when Army personnel fired at a stone-pelting mob in Shopian district of Jammu and Kashmir on Saturday, prompting Chief Minister Mehbooba Mufti to order an inquiry into the incident. 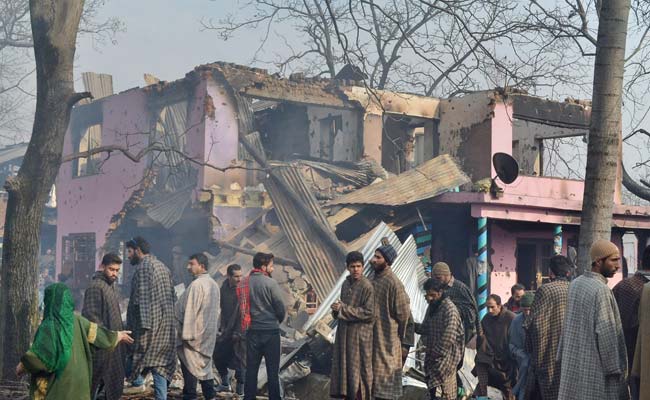 Police registered an FIR into the incident on Sunday. (File)

Jammu: Jammu and Kashmir Police chief S P Vaid on Monday said registration of FIR in the Shopian incident is just the beginning of the investigation and the Army's version would be taken into account as well.

Two civilians were killed when Army personnel fired  at a stone-pelting mob in Shopian district of Jammu and Kashmir on Saturday, prompting Chief Minister Mehbooba Mufti to order an inquiry into the incident.

On Sunday, the police registered an FIR under sections 302 (murder) and 307 (attempt to murder) of the Ranbir Penal Code against the personnel of 10, Garhwal unit, of the Army. A Major, who led the Army personnel at the time of the incident, was also mentioned in the FIR.

At a press conference at the police headquarters today, the DGP said it was a matter of investigation as to what circumstances led to the incident.

Asked whether the Army's version will be a part of the probe, the state police chief said, "The Army's version, eyewitness accounts and the statement of those who lost their near and dear ones would be included."

"We will go through all facts and the ground evidences of the case and the Army will also be questioned," Mr Vaid said.

According to the police, on Saturday, the crowd hurled stones on a security force convoy passing through Ganovpora village in Shopian district following which the Army men fired a few rounds.

A defence spokesperson, however, had said the troops opened fire when a mob tried to lynch a junior commissioned officer and snatch his service weapon.

To a question if the police have registered the FIR on the direction of the state government to demoralise the Army, the DGP said, "FIR is the start of investigation process. It is not that any officer has been named. FIR names the unit of the Army headed by a particular person."

Promoted
Listen to the latest songs, only on JioSaavn.com
"It was meant for first-time stone-pelters and those who have no serious and heinous criminal cases against them. You must not block the careers of these children, but at the same time, as far as hurled stones in Shopian is concerned, it cannot be justified," he said.

On the lynching of DSP Ayub Pandit in Srinagar last year, the DGP said, "We investigated that case and all people involved in it have been arrested after identification by the SIT and the charge-sheet was presented in a court."