A wreath-laying ceremony was held in the honour of Major Somnath Sharma at the 'Saviours of Kashmir' War Memorial at Srinagar Airport, the Army said 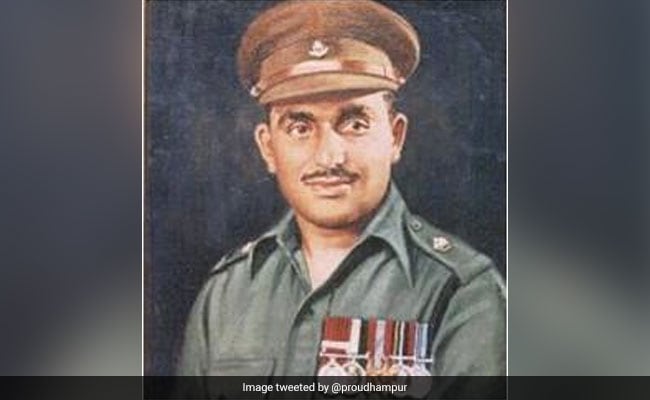 The Army on Wednesday paid tributes to legendary war hero and its first Param Vir Chakra awardee Major Somnath Sharma who laid down his life while fighting tribal invaders from Pakistan in 1947.

"A wreath-laying ceremony was held by the Army in the honour of Maj Somnath Sharma, PVC (Posthumous), the first Param Vir Chakra of the Indian Army at the 'Saviours of Kashmir' War Memorial, located at Srinagar International Airport," a defence spokesman said here.

He said Major Somnath Sharma, born on January 31, 1922, at Kangra in Himachal Pradesh, was commissioned in the 4th battalion of the Kumaon Regiment on 22 October 1942.

Major Somnath Sharma led the ''D'' Company of 4 Kumaon and established a base at Budgam against the Pakistani forces approaching Srinagar from the northern side on November 3, 1947, the spokesman said.

In the Battle of #Budgam, Major Somnath Sharma displayed unparalleled #gallantry, indomitable #courage & made the supreme sacrifice in the highest traditions of #IndianArmy. Posthumously awarded #ParamVirChakra.https://t.co/Esy8szPLzKpic.twitter.com/fmUUTP6biS

He said despite facing a numerically superior enemy supported by small arms, mortars and heavy automatic weapons, Major Somnath Sharma and his company held on to their positions and foiled the enemy's advance towards the Srinagar airfield for crucial hours.

"In this decisive battle of 1947, Major Somnath Sharma along with one junior commissioned officer and 20 other ranks made the supreme sacrifice, defending the motherland against all odds.

"For his ultimate courage, leadership and dedication beyond the call of duty, Major Somnath Sharma was conferred upon the country's first and highest wartime Gallantry Award, the Param Vir Chakra, posthumously," the spokesman said.

The supreme sacrifice of Major Sharma played a vital role in India's victory in the first war after independence, he added.