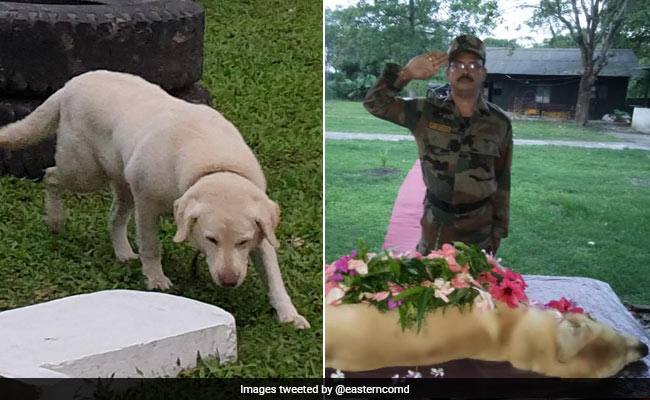 The Eastern Command of the Indian Army today condoled the death of a "decorated" dog named 'Dutch' that helped in identifying improvised explosives in various counter-terror and counter-insurgency operations. It was 9 years old and died on Wednesday.

"A real hero in service to nation," the Eastern Command tweeted along with Dutch's pictures.

#Condolence#ArmyCdrEC condoles the death of 'Dutch' a 9 yr old ED dog who died on 11 Sept. He was a decorated dog of #EasternCommand who was instrumental in identifying IEDs in various CI/CT Ops. A real hero in service to nation. #Salute@adgpi@SpokespersonMODpic.twitter.com/GKN4BA47IA

After the Army's tweet, several heartfelt condolences poured for Dutch on social media.

"Though this is such a sad post, but it's also an excellent post that gives equal respect to our braveheart dogs. Every living thing on this planet has its rightful place here and I am glad we are giving them their due honour when need be," a user tweeted.

"Wish you a happy journey, my friend," tweeted another user.

The Eastern Command of the Indian Army is one of the seven operational commands of the army. It is headquartered in Fort William in Kolkata.