The incident happened around 3.30 pm on Saturday, when Additional Sessions Judge Krishan Kant's wife Ritu, 45 and their teenage son Dhruv were visiting a crowded market in Gurgaon. 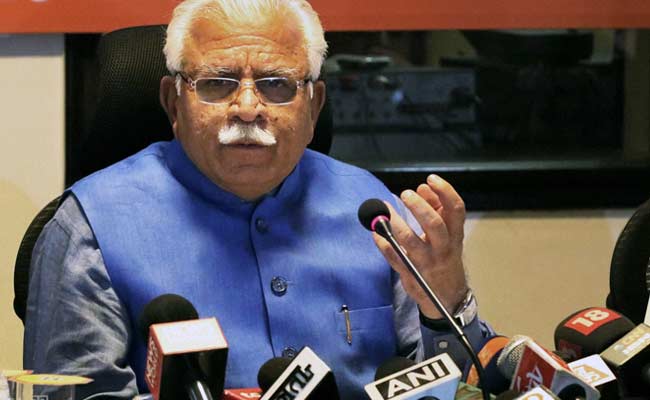 Haryana Chief Minister Manohar Lal Khattar said Sunday that counselling of policemen entrusted with protecting dignitaries will be done. His statement came after a judge's wife was shot dead by the personal security guard of the judge in Gurgaon.

The incident happened around 3.30 pm on Saturday, when Additional Sessions Judge Krishan Kant's wife Ritu, 45 and their teenage son Dhruv were visiting a crowded market in Gurgaon.

Dhruv, who was injured by a bullet fired to his head by Mahipal Singh, the judge's personal security gunman, was admitted to a hospital and doctors said Sunday he continued to be in critical condition.

Mahipal told police he was depressed because of his family problems. A court sent him to four-day police custody for further interrogation.

Speaking on the sidelines of a programme in Karnal, Mr Khattar told reporters, "Their (the security personnel's) counselling will be done...and time to time such counselling should be done."

On Saturday, Mr Khattar expressed shock over the firing incident and had summoned the Haryana home secretary and the state director general of police.

At another programme in Hisar on Sunday, Mr Khattar announced incentives for numberdars or revenue department officials. The incentives included doubling their monthly honorarium, providing mobile phones and bringing them under the Ayushman Bharat health insurance scheme.

The chief minister said Rs 3,000, instead of Rs 1,500 per month, would be deposited directly to the bank accounts of the officials as their monthly honorarium.