State Congress leader Trajano D'Mello submitted a complaint in this regard to the Election Commission of India. 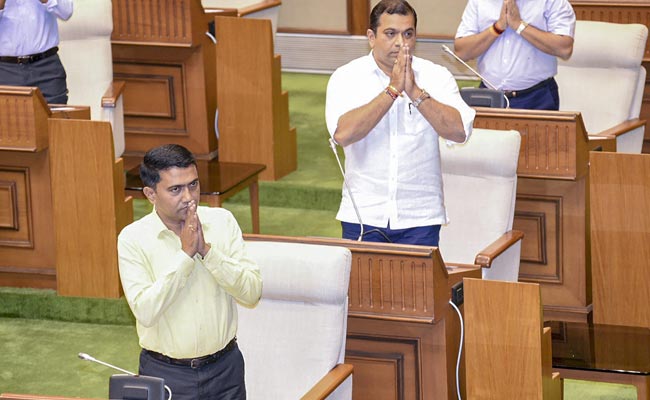 State Congress leader Trajano D'Mello submitted a complaint in this regard to the Election Commission of India.

After the death of Manohar Parrikar, Mr Sawant was sworn in as the new chief minister on March 19.

The next day, Varsha Naik, under secretary, General Administration, issued the order announcing the appointment of Mr Dhavalikar and Mr Sardesai -- both BJP allies -- as deputy CMs.

The state Congress, in its submission to Chief Election Commissioner Sunil Arora, said the government should not have announced any decision which could influence voters after the Code of Conduct came into force.

The EC should "immediately set aside" the order appointing deputy chief ministers and take action against the concerned officer and the state government for violation of the Code of Conduct, D'Mello's petition said.

Polling will be held in Goa on April 23 for two Lok Sabha seats as well as for by-election to three Assembly seats.