Anurag Kashyap Says Sex Assault Allegations Against Him Are "Baseless"

Anurag Kashyap, known for directing and producing many critically acclaimed movies such as 'Gangs of Wasseypur' and 'Queen', tweeted last night: "It took you so long to make an attempt to silence me." 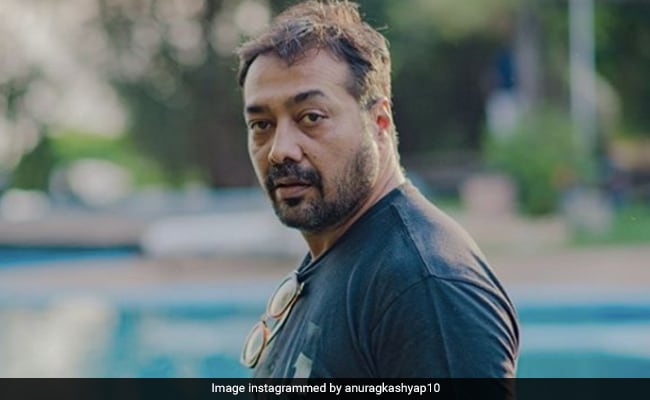 Anurag Kashyap has dismissed allegations against him.

Hours after actor Payal Ghosh accused Bollywood filmmaker Anurag Kashyap of sexual assault, the 48-year-old director and producer dismissed the allegations in a series of late-night tweets, saying this is "an attempt to silence me". Ms Ghosh, who made her Bollywood debut in 2017, on Saturday alleged that Mr Kashyap "had forced himself on me". She also made an appeal to Prime Minister Narendra Modi to help her.

"@anuragkashyap72 has forced himself on me and extremely badly. @PMOIndia @narendramodi ji, kindly take action and let the country see the demon behind this creative guy. I am aware that it can harm me and my security is at risk. Pls help! (sic)," her tweet read. Responding to the post, National Commission of Women chief Rekha Sharma wrote: "You may send me the detailed complaint at chairperson-ncw@nic.in and @NCWIndia will look into it."

Anurag Kashyap, known for directing and producing many critically acclaimed movies such as 'Gangs of Wasseypur' and 'Queen', tweeted last night: "It took you so long to make an attempt to silence me. Never mind... in a bid to silence me, you have dragged another woman in this, despite being a woman. Please stick to the limits, Madame. All I want to say is all allegations are baseless."

"Rest, whatever happens... let's see. In the video, you can figure how true the allegations are... otherwise, just love and good wishes for you. Apologies for replying to you in Hindi for your accusations in English," he wrote on Twitter in a series of posts in Hindi.

"I am anticipating more accusations... This is just the beginning. Have received many calls that have told me- 'don't speak, stay silent'. I also know the source of the attack. Waiting for it," Mr Kashyap, who has been critical of the government in the last few months, said in another cryptic tweet.

In a video released a Telugu news channel, Ms Ghosh claimed that the incident happened in 2014-2015. The actor, who made her Bollywood debut with Rishi Kapoor-Paresh Rawal starrer 'Patel Ki Punjabi Shaadi', also claimed that Mr Kashyap "boasted about his connection with megastar Amitabh Bachchan and claimed that there were other female artistes who he got intimate with".

In 2018, when sexual assault allegations had surfaced against 'Queen' director Vikas Bahl, Mr Kashyap had explained himself in a lengthy statement posted on his official Twitter account.

Vikas Bahl, accused of sexually harassing a former colleague in 2015, had denied all allegations against him stated in the show cause notice sent by the Indian Film & Television Directors' Association or IFTDA

Anurag Kashyap acknowledged that he was 'ill-advised' on legalities and company administration and that he failed the survivor of the alleged sexual assault at several levels.