PNB Scam: Mehul Choksi was granted citizenship in Antigua and Barbuda in January 2018. He and his nephew Nirav Modi left India in January last year, weeks before the fraud that came to be known as PNB scam surfaced.

Fugitive billionaire Mehul Choksi is a "crook" and "adds no value to our country", said the Prime Minister of Antigua and Barbuda where the diamond trader has taken citizenship. Antigua - among the many tax havens in the Caribbean - has no extradition treaty with India. The Prime Minister said that the businessman will be extradited to India, saying that it was Indian officials who gave him clearance initially.

"I can assure you that he will be ultimately deported after exhausting all his appeals. He will be extradited back to India to face whatever charges against him. It is just a matter of time," Prime Minister Gaston Browne of Antigua and Barbuda told news agency ANI in New York.

Mehul Choksi - wanted in India in the Rs. 13,500 crore Punjab National Bank scam - was granted citizenship in the Caribbean nation in January 2018.

Mr Browne also said that it is "unfortunate" that Choksi was cleared by Indian officials as a person in "good standing" only to be told later that he is a "crook".

"In any case, our officials acted based on the information from India and made him a citizen... the Indian officials have to take the responsibility for that situation," the Antigua Prime Minister said. 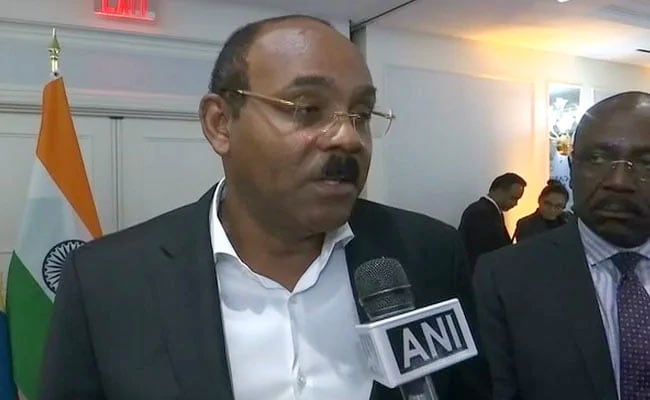 "Got subsequent information that Mehul Choksi is a crook, he does not add value to our country. He will be deported ultimately after he exhausts appeals. Indian officials are free to investigate based on his willingness to participate," Mr Browne told ANI. "They can come and if they wish to interview Choksi based on his willingness to participate, it has nothing to do with my government," he added.

Mehul Choksi and his nephew Nirav Modi left India in January last year, weeks before the fraud that came to be known as PNB scam surfaced. Six months later, it became known that he had taken Antigua citizenship. The process was completed two months before the scam surfaced in February and he was investigated, which was why when Antigua asked India to give details of cases against him, he got a clean chit.

Mehul Choksi, 59, had refused to return to India, saying he fears "mob lynching". The Enforcement Directorate, which moved a special Prevention of Money Laundering Act court in Mumbai to get Mehul Choksi declared a fugitive economic offender, has accused the diamantaire of fleeing the country to avoid arrest.

India had cancelled the passports of both Mehul Choksi and Nirav Modi in February, after investigators uncovered the huge loan fraud at PNB. Nirav Modi was arrested on March 20 in UK and has been in a prison in the UK, one of the largest prisons in Western Europe.

On June 17, he had submitted an affidavit in the Bombay High Court, stating that he is residing in Antigua and was willing to co-operate in the investigation into the PNB scam.

Last month, his lawyer told the high court that Mehul Choksi cannot submit his medical reports in Mumbai, as directed earlier, because his doctor in Antigua has refused to treat him "due to some reason".