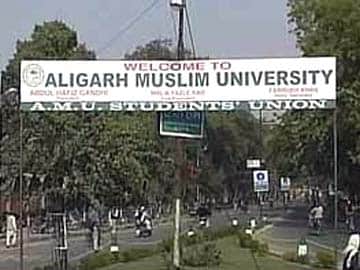 Aligarh: A deadly bacteria variant known as NDM-4, which is also called the "super bug", has been found by the medical researchers at Jawaharlal Nehru Medical College of Aligarh Muslim University (AMU) from the hospital's sewage.

The finding of studies conducted by a team of scientists during the first three months of this year have been published in the latest issue of the Journal of Medical Microbiology UK.

This is the first recorded presence of this particular strain of deadly antibiotic resistant "super bug" in India and the fallout of these findings are likely to be a cause of serious concern to medical authorities in the country.

"Sewage water samples from three sites within 10 metres from the washrooms of the general ward at the hospital were randomly picked and investigated," said Dr Asad Ullah Khan, Chief Coordinator of the Interdisciplinary Biotechnology Lab at AMU said.

Dr Khan, who headed this research team along with Dr Shahdab Parvez said that so far this bug had only been detected in Cameroon, Denmark, France and the Czech Republic.

"There is no need for any sort of panic but because of poor hygiene standards in the country the detection of this bacteria in the e-coli here certainly means that we have to spread more awareness nationwide regarding the urgent need of taking due precautions with regards to safe drinking water and uncontaminated food," Dr Khan told PTI.

The high risk group for this bacteria are people with very low resistance such as cancer and HIV patients and people with good health are relatively safe provided they follow rules of basic personal hygiene, he added.

He pointed out that of 52 samples only one confirmed case of NDM-4 was isolated but in view of the fact that this bug multiplies at a very rapid pace even a very very small presence cannot be taken lightly.

NDM-4 detected at Aligarh is a more deadly variant of the New Delhi metallo lactamase NDM-1 first isolated from a Swedish patient of Indian origin in 2009.

The detection of this bug had led to a controversy in international medical circles regarding the "origins" of this bug.

Dr Khan said that new variants of the original bug have been isolated in recent years and NDM-4 is the latest of these variants.

Promoted
Listen to the latest songs, only on JioSaavn.com
The multi drug resistant bug is the result of gross overuse of antibiotics.

It may be mentioned that the original bacteria NDM 1 is already widely been reported from different parts of the world particularly North East India.