Choppers To Be Used As Air Ambulances In Maoist-Affected Areas

A specialised training module for helicopter-based air ambulance services, for the force's doctors and paramedical staff, was launched at a CRPF camp in Jagdalpur in Chhattisgarh, officials said. 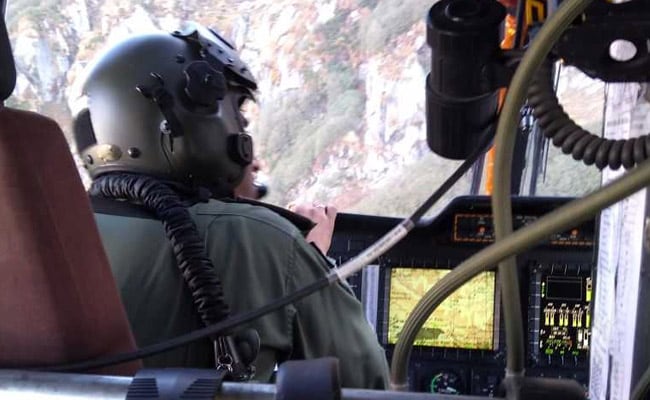 Over a dozen helicopters operating in the country's anti-Naxal operations grid are being retrofitted by the Central Reserve Police Force with air ambulance-like facilities as part of a maiden initiative to reduce casualties of its troops and other personnel, officials said on Monday.

A specialised training module for helicopter-based air ambulance services, for the force's doctors and paramedical staff, was launched on Monday at a CRPF camp in Jagdalpur in Chhattisgarh, they said.

The officials said as the in-service choppers only have basic medicines and doctors on-board when on a ''mission sortie'' to evacuate a seriously wounded or ill personnel, administering quick specialised medical care in the air is not possible.

The time taken in the entire process of lifting injured personnel and getting them admitted to a hospital leads to instances of excessive blood loss and also losing the ''golden hour'' to save a person hit in operation.

A senior official told news agency PTI the new CRPF chief, AP Maheshwari, has now directed that over a dozen choppers, drawn from the Indian Air Force and the Border Security Force, will be "retro-fitted" with air ambulance-like facilities so that as soon as they lift an injured or ill personnel the doctors on-board can give them "vital life saving treatment" with the help of dedicated medical equipment.

"When a trooper injured in an anti-Maoist operation or someone seriously ill in a similar remote location is to be evacuated, a fixed-wing air ambulance is sent in. But they can only go upto major locations where there is a tarmac or landing strip and cannot land in a jungle or makeshift helipad like a chopper does".

"This is where it was felt necessary that choppers need to double up as air ambulances so that essential life saving procedures are administered to the injured or sick as soon as they are brought on-board," the official said.

Air ambulance helicopters will help save the ''golden hour'' and also in case of injuries reduce casualties occurring from excessive blood loss, he explained.

The official said a specialised training module for helicopter-based air ambulance services, for the doctors and paramedical staff of the force, has been launched on Monday at a CRPF camp in Jagdalpur in Chhattisgarh.

The medical equipments are also being fitted on the choppers that are deployed in the anti-Naxal operations or the Left Wing Extremism (LWE) grid as part of the ''air support'' system for the central paramilitary forces or state police units operating in these areas.

These choppers are based in Jagdalpur and Raipur in Chhattisgarh and Ranchi in Jharkhand.

The force, tasked as the lead combat unit for conducting operations against Maoists in the country, is also mulling to ink a deal with some fixed-wing air ambulance services in the country so that serious and critical cases of injured or sick personnel can be specifically catered to and they can be promptly airlifted to specialist medical facilities like the AIIMS in Delhi or other such premier medical institutions in metropolitan cities.

In a related activity, the about 3.25 lakh personnel-strong largest paramilitary force of the country has also launched a pan-India blood donation drive from February 27 to mark the 81st year of its raising on March 19 this year.

"I am sure, by March 16, many of us will have volunteered into becoming not just blood donors but life savers as well," Mr Maheshwari said in a message to his troops.