Anshul Bhatt, A Bridge Champ At 13, Gets A Message From Bill Gates

13-year-old Anshul Bhatt won three medals, one of which was for overall performance. 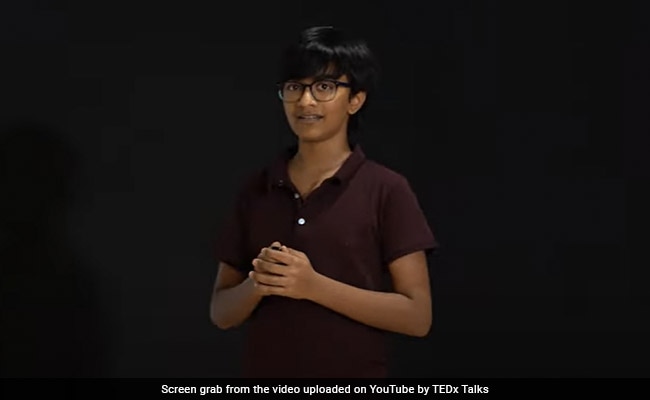 Anshul Bhatt, a Mumbai teenager who made history as a bridge champion.

A Mumbai teenager made history on August 10 by becoming the youngest winner of the under-16 World Youth Transnational Bridge Championships in Salsomaggiore, Italy, while kids of his age were occupied playing computer games and spending hours on Instagram. At the card game championship, 13-year-old Anshul Bhatt won three medals, one of which was for overall performance.

Anshul received belated congratulations from Microsoft co-founder and billionaire Bill Gates, who appears to share his love of cards, in appreciation of his outstanding achievement in the championship.

"Very fun to learn more about the new youth world champion in my favorite pastime. Here's a belated congratulations, Anshul Bhatt!," Gates said in a tweet on September 30. 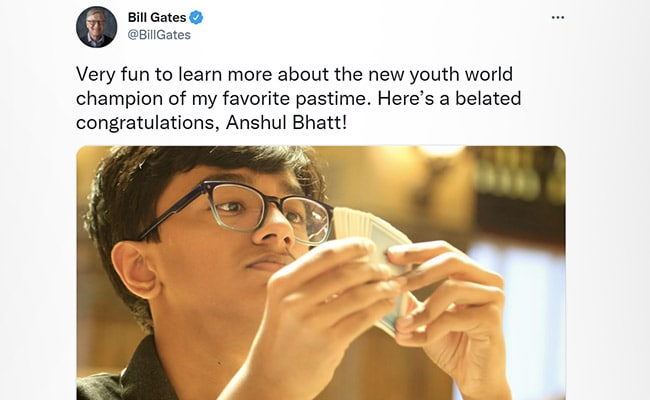 Following victories in Lyon in 2017 and Opatija (Croatia) in 2019, this was Bhatt's third world title. Bhatt competed for India in his first two world championships.

And then Tendulkar asked the youngster how he was feeling. A mixture of nerves and excitement was the reply.

Bridge is one of the trickiest card games. Four players, divided into two opposing pairs, play with a full deck of 52 cards. In order to fix a contract, the pairs first bid against one another in an auction. Then, as they play the cards, one pair-the declarer and dummy-tries to fulfil the contract while the other pair-the defenders-tries to keep it from happening.