Anna Hazare has accused the Centre of "betrayal" and going back on its promise on Jan Lokpal Bill. He is sitting on an indefinite hunger strike in Ralegan Siddhi since December 10 for the passage of the anti-graft law in Parliament.
Dec 13, 2013 17:04 (IST)
Anna Hazare speaks in Ralegan Siddhi: 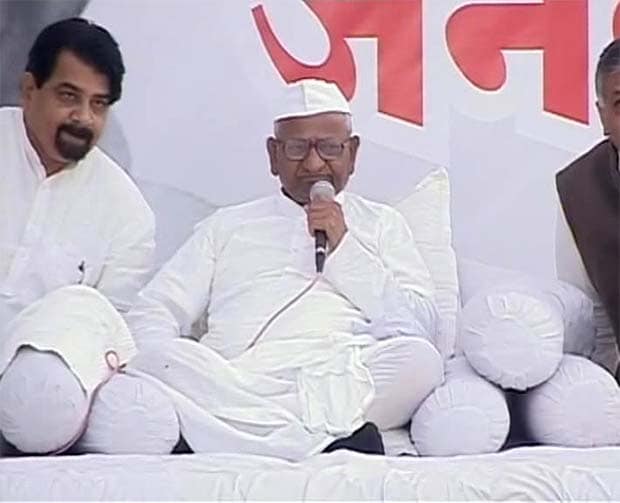 Samajwadi Party has saved the UPA in the past Nine years. Today it is collusively preventing the discussion and passage of the LokPal Bill. 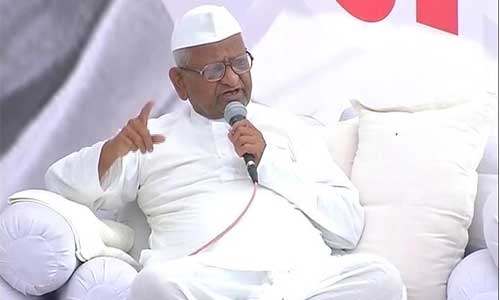 Government concedes to one point of select committee recommendation. Investigating officers will not be changed without Lokpal permission: Sources

Government tables amended Lokpal Bill in Rajya Sabha
The government has tabled the Lokpal Bill in the Rajya Sabha, as part of its promise to fast-track the proposed anti-corruption law.
Dec 13, 2013 12:59 (IST)
"We will oppose to any extent if they try to pass it without a debate in the house
as it will serve no purpose," says Samajwadi Party's Ram Gopal Yadav on Lokpal bill. 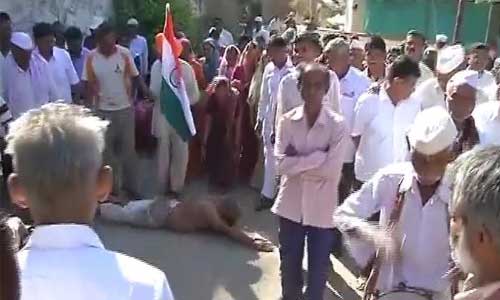 Will be Anna ji in an hour. Hoping that after support extended by BJP the lokpal bill will be passed. Let us all do our bit to get it.

Urge all political parties who passed the improvements in Lokpal bill in the Select Committee now honour these and pass the Lokpal bill! 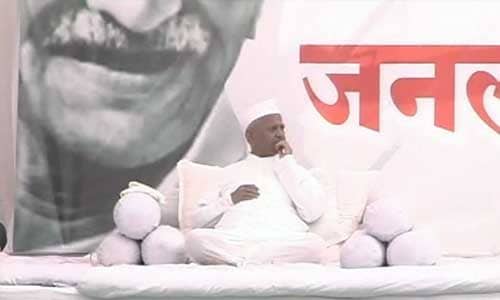 Not too many people at fast venue. Among those present, many are school students.

Lokpal bill has to be taken up in Rajya Sabha, then it will come to Lok Sabha, says Parliamentary Affairs Minister Kamal Nath. 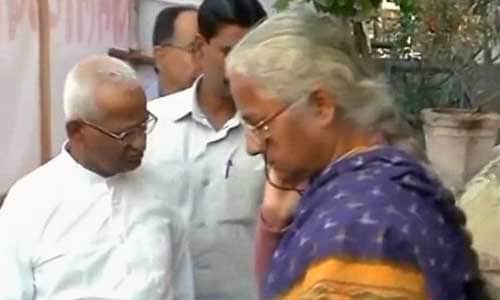 The AAP effect: Lokpal Bill in this Parliament session, vows government
Activist Anna Hazare began an indefinite fast today in his village in Maharashtra, demanding the urgent introduction of a new anti-corruption law.  In Delhi, the government said that it is committed to pushing through the legislation - the Lokpall Bill - in this session of Parliament which ends on December 20.
Dec 10, 2013 11:52 (IST)
Anna Hazare: 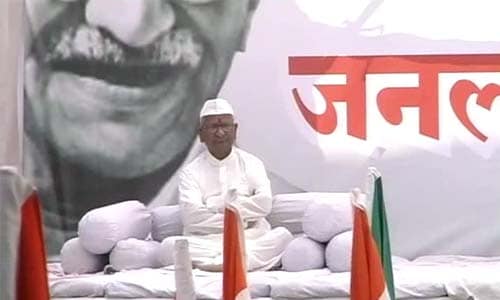 Dec 10, 2013 10:52 (IST)
Anna Hazare begins indefinite fast, says it will be a 'do-or-die' agitation
Anna Hazare has begun what he today called a "do or die agitation" in Ralegan Sidhi, his village in Maharashtra, to demand that Parliament urgently clear the anti-corruption Lokpal Bill.
Dec 10, 2013 10:19 (IST)
Sanjay Raut, Shiv Sena: Lokpal Bill: Anna's indefinite fast begins today
Anna Hazare on Monday accused the Centre of "betrayal" and going back on its promise on Jan Lokpal Bill and said he will sit on an indefinite hunger strike in Ralegan Sidhi from Tuesday for passage of the anti-graft law in Parliament.
Anna HazareLokpal Bill