The Uttar Pradesh Chief Minister praised PM Modi's efforts to help farmers and, curiously, blamed communism for the lies being spread against him. 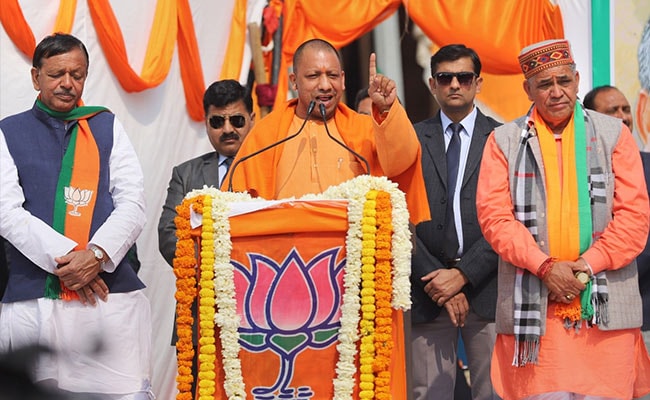 Uttar Pradesh Chief Minister Yogi Adityanath today hit out at the opposition parties for fuelling unrest in the country using farmers, and handed out a somewhat curious logic as to why they were doing this: unhappiness over the Ram temple's construction in Ayodhya.

"This is the envy of those people who do not like that Bharat is becoming Ek Bharat, Shreshtha Bharat. I saw that a dharna is on. First, they said there should be an MSP (minimum support price) guarantee," the Chief Minister said, speaking at a farmer outreach programme in western UP's Bareilly district.

"The government said there is no question of taking back MSP. Then why are people misleading (farmers)? They are angry. Those who cannot tolerate that a grand Ram temple is being built in Ayodhya...are angry because Prime Minister Narendra Modi has even kickstarted the construction of a grand Ram temple," Mr Adityanath said.

The Chief Minister also praised the Prime Minister's "unprecedented efforts" to help Indian farmers and, curiously, hit out at another unlikely opponent: communism.

Referring to those allegedly conspiring to create "disorder in the country", he said, "The theory of communism will never hold true. That if you repeat a lie a hundred times, it will become true. There are those who do not want a change in the lives of farmers."

Farmers from western Uttar Pradesh, along with thousands of those from Punjab and Haryana, have been protesting for the past three weeks along the borders of Delhi, demanding the repeal of India's new farm laws.