The Enforcement Directorate action against Amnesty international comes just two weeks after it conducted searches in the Bengaluru offices of another non-profit, global environmental NGO Greenpeace, and other establishments associated with it and froze accounts. 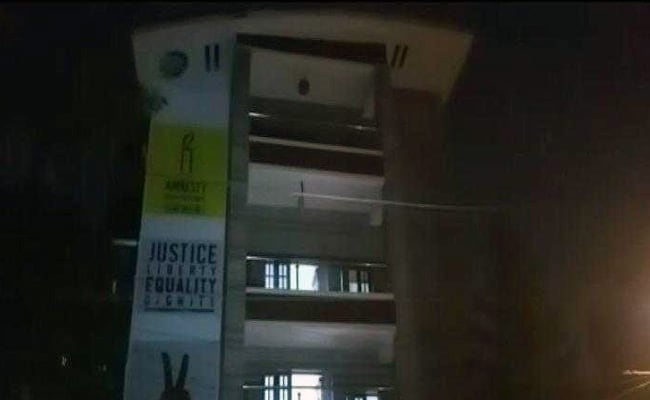 The Bengaluru office of Amnesty International was raided by the Enforcement Directorate today - two years after the human rights organization came under the scanner of investigation agencies for possible violation of rules involving foreign funding.  Over the last two years, the government has been cracking down on non-profits over the stringent law that regulates money received by non-profits from abroad.

In August 2016, the home ministry had ordered what it called a "preliminary exercise" to find out whether Amnesty had the necessary approvals.

The order came days after anti-India slogans were allegedly raised during a discussion on Kashmir that it hosted. A sedition case was also filed against Amnesty India following a complaint the ABVP, a student body affiliated to Rashtriya Swayamsevak Sangh or RSS, the ideological mentor of the BJP. Amnesty had denied both accusations.

The raids at office of the human rights organization - which began at 2 pm -- comes two weeks after it conducted searches in the Bengaluru offices of another non-profit, global environmental NGO Greenpeace, and other establishments associated with it and froze accounts.

Investigators suspect the environmental organization is illegally receiving foreign funding, charges that have been denied by Greenpeace.

In August, investigators started looking into an issue related to the FCRA unit's suspicion that Amnesty International-UK and other some entities based in the UK have instilled funds into Amnesty's India through commercial channels, in violation of the Foreign Exchange Management Act or FEMA rules. The Hindu reported.

The amount involved is over Rs 36 crore and were received between May 2014 and August 2016, The Hindu reported.

After Amnesty International India Foundation Trust (AIIFT) was denied the permission/registration under FCRA, 2010 by MHA, they resorted to bypass the FCRA Act by floating commercial entity in the name of Amnesty International India Pvt. Ltd (AIIPL). This entity has received foreign funds through commercial route to the extent of Rs 36 crore till date. Out of the total amount of Rs 36 crore, Rs 10 crore was received as long term loans. This amount was immediately placed in FDs and another Indian entity, Indians for Amnesty International Trust (IAIT) had established an overdraft facility for Rs. 14.25 crore keeping the said Rs 10 crore FD as collateral which means the receipt of FDI by trust only. The remaining Rs 26 crore was received in two other bank accounts of AIIPL as "consultancy services". The inwards remittances received by the AIIPL from overseas is in violation of FDI guidelines. In this background, searches are conducted at their Bengaluru office today and further investigation is in progress.