Mr O'Brien, who often "fact checks" attacks on the Trinamool, tweeted a screenshot of seven claims by Mr Shah - whom he called "henchman of the tourist gang" 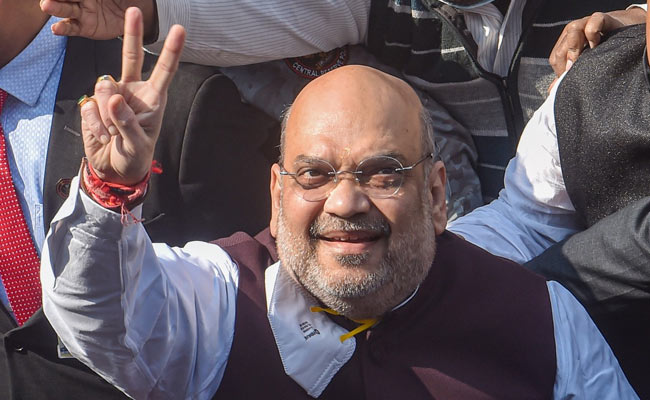 Trinamool Congress MP Derek O'Brien hit out at Amit Shah Sunday over "7 pieces of concocted, false info in one speech", a day after the Union Home Minister targeted Bengal Chief Minister Mamata Banerjee during an election rally in Midnapore district.

Mr O'Brien, who frequently "fact checks" attacks on the ruling Trinamool, tweeted a screenshot of seven claims made by Mr Shah - whom he painted the "henchman of the tourist gang (a reference to Ms Banerjee describing the BJP as "outsiders") - and offered counter-statements to each.

"#FactCheck of the speech made in Bengal by the henchman of the "tourist gang". 7 pieces of concocted, false info in one speech. Actually, by his standards, quite low!" Mr O'Brien said.

Mr O'Brien led with Amit Shah's claim that Mamata Banerjee had "left the Congress for another party" - a pointed attack on a day that saw over a dozen MPs and MLAs from the Trinamool, the Congress and Left parties join the BJP in the Home Minister's presence.

In his rebuttal Mr O'Brien pointed out that Ms Banerjee "did not defect... she set up a NEW party" and reminded Mr Shah that she had resigned from the Congress in 1998. to set up the Trinamool.

#FactCheck of the speech made in Bengal by the henchman of the “tourist gang”.

7 pieces of concocted, false info in one speech. Actually, by his standards, quite low! pic.twitter.com/MgvktqcFt3

On Saturday, Amit Shah had unleashed a barrage of attacks on Mamata Banerjee, declaring her "misrule, corruption and nepotism" was the reason for so many people leaving her party. The remarks came as Suvendu Adihkari, who complained of "deep rot" in the Trinamool, joined the BJP.

"Why are so many people leaving Trinamool? Because of the misrule, corruption and nepotism of Mamata Banerjee. Didi, this is just the beginning. By elections time, you will be left all alone," he said.

The Trinamool has shrugged off the exits and described the outbound leaders as liabilities.

Mr O'Brien also took on Mr Shah over the attack on JP Nadda's convoy last week, as the BJP chief was travelling to a public event near Kolkata. The BJP has alleged a "serious lapse in security" and the incident has sparked (yet another) spat between the two parties.

"Bengal government has provided Z+ security for JP Nadda but he violated all regulations by allowing a large convoy of vehicles to follow him," the Trinamool leader shot back.

Mr O'Brien also hit back over swipes at the Trinamool's development record; Mr Shah claimed the Bengal government had denied financial benefits worth Rs 6,000 to farmers and impeded the rollout of Ayushman Bharat - the centre's flagship medical insurance scheme.

He said a state-run scheme - "started two years before Ayushman Bharat" -  ensured Rs 5 lakh per year to over 1.4 crore families. He also said the state offered greater per acre benefit for farmers, providing them Rs 5,000 per acre compared to Rs 1,214 per acre by the PM Kisan scheme.

The Rajya Sabha MP also defended the Bengal government against claims that it had "appropriated" food and grains meant for the people, that it had done little towards housing for poor people.

The BJP has been investing unprecedented amounts of time and resources in the state ahead of the polls, looking to replace the Mamata Banerjee-led Trinamool Congress from power. Mr Shah, who visited the state last month as well, has set the party a target of 200 of 294 seats.

Mr Shah's visit has triggered an avalanche of mocking tweets from the Trinamool, including one taunting him over a photo-op during a pre-arranged lunch at a farmer's house yesterday.