A Congress leader said the party is likely to get 12 cabinet berth in the state while the rest will be shared by the NCP and the Shiv Sena. 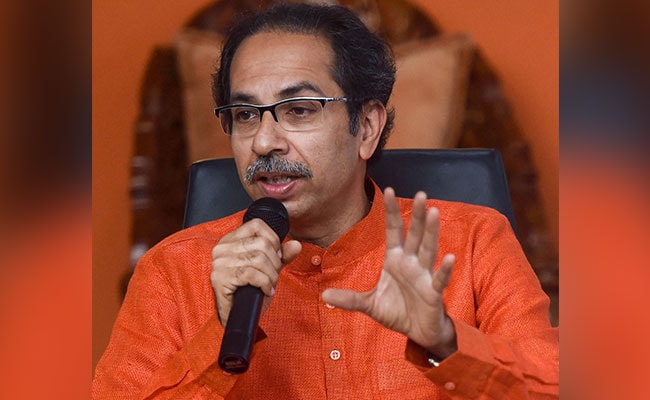 Uddhav Thackarey will be taking oath as the Chief Minister of Maharashtra on Thursday.

The party leader said the grand old party is also pushing for the post of Speaker in the 288-member Assembly.

He said, "We are pushing for the name of former Chief Minister Prithviraj Chavan as the Speaker of the House."

The party leader said the Congress is likely to get 12 cabinet berth in the state while the rest will be shared by the NCP and the Shiv Sena.

The pre-poll alliance partners Congress and the Nationalist Congress Party (NCP) have forged an alliance with the BJP's former ally Shiv Sena in the state.

Uddhav Thackarey, first family member from the Thackarey family, will be taking oath as the Chief Minister of Maharashtra on Thursday at Shivaji Park in Mumbai.

A lot of political drama played out in Maharashtra in the last one month after the Assembly poll results were declared on October 24.

First the President's rule was imposed in the state on November 12 after none of the parties was able to form government.

The Shiv Sena-NCP-Congress had held a series of parleys to forge an alliance in the state and prepare the common minimum programme.

But they were stunned after BJP leader Devendra Fadnavis took oath as the Chief Minister along with Sharad Pawar's nephew Ajit Pawar as his deputy on Saturday.

The Congress-Shiv Sena-NCP were left surprised by Ajit Pawar's move as the three parties were in final rounds of finalising their alliance in the state. They then approached the Supreme Court against Governor B.S. Koshyari inviting Fadnavis to form government.

However, in a dramatic turn of events, Ajit Pawar succumbed to the family and party pressure and resigned from his post on Tuesday afternoon, paving the way for Fadnavis to resign too, a day before the crucial floor test in Assembly as directed by the Supreme Court.

In the October 21 assembly polls, the BJP bagged 105 seats while its pre-poll ally Shiv Sena won 56 seats. However, the 30-year-old alliance of the two parties fell apart after Uddhav Thackarey demanded a rotational chief ministership arrangement.

The Congress and the NCP had won 44 and 54 seats respectively.