Read inOther Languages
This Article is From Aug 04, 2019

Amid Security Alert, Israel Asks Its Citizens To Leave Jammu And Kashmir

Israel, in its travel advisory, said the National Security Council Counter-Terrorism Bureau reiterates the existing travel warnings for Jammu and Kashmir in northern India, given the intensification of terrorist threats there. 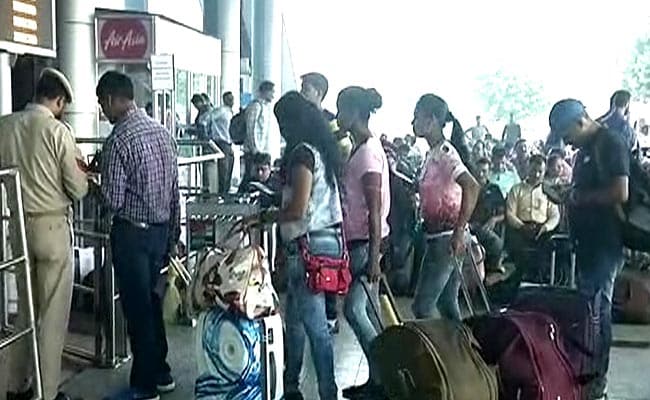 Tourists and and Amarnath pilgrims leave J&K after government advisory.

Amid security alert in Jammu and Kashmir, Israel on Sunday issued a travel advisory and asked its citizens to leave the state.

"The National Security Council Counter-Terrorism Bureau reiterates the existing travel warnings for Jammu and Kashmir in northern India, given the intensification of terrorist threats there following - inter alia - the call by the leadership of a major local terrorist organisation to attack Israelis," said an official statement by Israel Prime Minister's Office.

"Therefore, the National Security Council Counter-Terrorism Bureau (NSCCTB) calls on Israeli nationals to avoid visiting the area and for those already there to leave at once. Relatives of Israeli tourists in India are requested to pass along this warning," it added.

The travel alert comes after the Indian government issued an unprecedented advisory asking pilgrims and tourists to "curtail their stay" and "return as soon as possible" after a series of intelligence inputs were received by security agencies over multiple terror attacks on August 2.

The Army on Friday said there are confirmed intelligence reports that terrorists backed by the Pakistan Army are trying to disrupt the Amarnath Yatra, revealing that a landmine and a sniper rifle were found on the route of the pilgrimage, around 140 km from Srinagar.

The United Kingdom, Germany and Australia have also issued travel advisories strongly discouraging its citizens from travelling to Jammu and Kashmir.

Over the last week, there has been huge security build-up in the state, with the centre pushing in more than 35,000 paramilitary troops.

The last time Kashmir saw such heavy presence of troops was after the Pulwama terror attack in February, in which 40 Central Reserve Police Force soldiers were killed by a suicide bomber of the Jaish-e-Mohammad.