Amid Dissent In UP, PM's Praise For Yogi Adityanath's Scheme For Elderly 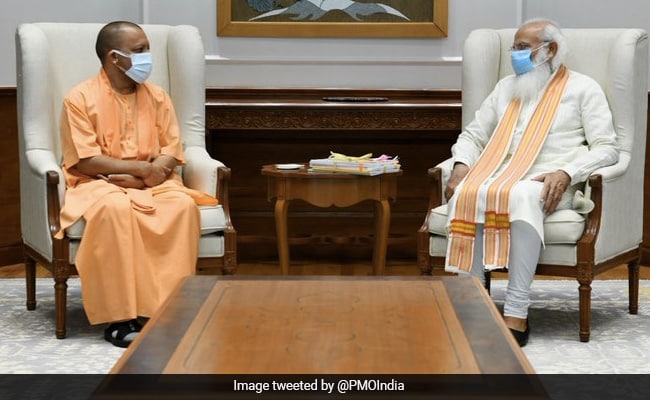 There have been growing murmurs against UP Chief Minister Yogi Adityanath within the BJP. (File)

Prime Minister Narendra Modi on Sunday tweeted his appreciation of Uttar Pradesh Chief Minister Yogi Adityanath, tagging a news report of a scheme for the elderly in Uttar Pradesh. "Very good initiative!" the Prime Minister had tweeted, referring to the scheme that relates to healthcare, emotional support and legal assistance for the elderly through the call centres in the state.

The praise for governance in Uttar Pradesh comes on the heels of his meeting last week with PM Modi, BJP chief JP Nadda and others following concern over the situation in Uttar Pradesh ahead of next year's assembly elections.

Within the party, there have been growing murmurs against the Chief Minister and his government's handling of the Covid pandemic, which many fear has deeply upset the electorate.

Uttar Pradesh had been in the headlines for weeks in April and May and thousands of bodies were found buried in the sandbanks of Ganga. Many floated downstream and were detected in parts of Uttar Pradesh and Bihar, setting off shock and anger.

The party has also been deeply concerned over the feedback it received from various quarters indicating the Chief Minister's inability to take everyone along, sources said.

The saffron-robed Chief Minister -- for long seen as a hard-line religious leader from Gorakhpur -- is rated as "inaccessible" to MPs and MLAs, and the second wave of Covid brought the differences out in the open.

Recently, a central mission led by senior BJP leader BL Santosh went to Uttar Pradesh to collect feedback and carry out review through meetings with ministers, MLAs, MPs and the Chief Minister.

While the BJP has thrown its weight behind Yogi Adityanath, one of its most prominent faces, it is exploring other options to course correct. The party has inducted Congress's Jitin Prasada, a prominent Brahmin face in the state who is expected to be given a key role in the reshuffle.

The party has also reached out to allies in Uttar Pradesh -- Apna Dal's Anupriya Patel and leaders of the Nishad Samaj. For long these allies have been harbouring resentment and have complained of being shown little respect.

Last week's meetings had indicated that the way ahead is through negotiations as Yogi Adityanath is keen on accommodating a select few.