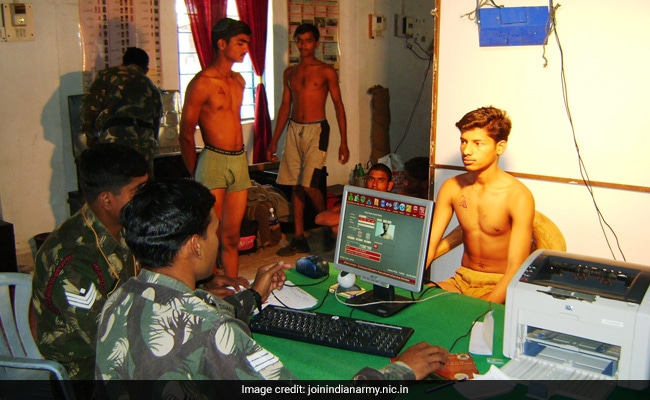 Top Union Ministers have assured young people that the new military recruitment policy, 'Agnipath', would be highly beneficial for them, even as protests by armed forces aspirants continued in several states for a third day.

Young people who have been preparing to join the military have set trains on fire in Bihar and Uttar Pradesh in protest against the four-year contract under the Agnipath policy. They had been expecting a permanent career in the armed forces, though a portion of 'Agniveers' - those who joined via the Agnipath scheme - would be absorbed in the military for a permanent career.

Koo App
Hon PM Shri Narendra Modi has very kindly take into consideration concerns of those youth who could not attend Armed Forces recruitment process due to Covid pandemic, and extended age limit for #Agnipath to 23 years for the first year. This shall immensely benefit many. Gratitude- Himanta Biswa Sarma (@himantabiswa) 17 June 2022

"The recruitment process in the army was affected due to the Covid epidemic for the last two years, so Prime Minister Narendra Modi ji, in the Agnipath scheme, sensitive to the needs of the youth, gave a two-year concession in the upper age limit in the first year, from 21 years to 23 years," Mr Shah tweeted today amid the unfolding protests at several places in Bihar and eastern UP.

"A large number of youth will benefit from this decision. Through the Agnipath scheme, they will move forward in the direction of service to the country and their bright future," the Home Minister tweeted.

Defence Minister Rajnath Singh asked military aspirants to stay prepared for recruitment, which will start in the next days. "Agnipath is a golden opportunity for the youth of India to join the defense forces and serve the country...I appeal to the youth that the process of recruitment in the army is going to start in a few days. They should start their preparation for it," Mr Singh tweeted in Hindi.

Finance Minister Nirmala Sitharaman said PM Modi decided to increase the upper age limit as a one-time gesture "being sensitive to the aspirations of our youth". "This decision will help our youth who had lost out on opportunities to serve the nation due to the pandemic. Grateful for this timely and caring decision by PM Modi," Ms Sitharaman tweeted.

3/@PMOIndia has taken this step being sensitive to the aspirations of our youth.

This decision will help our youth who had lost out on opportunities to serve the nation due to the pandemic.

Grateful for this timely and caring decision PM @narendramodi ji.

Previously, soldiers have been recruited by the army, navy and air force separately and typically enter service for up to 17 years for the lowest ranks. The shorter tenure has caused concern among potential recruits.

The new recruitment plan aims to cut down the government's massive salary and pension bills and free up funds for arms procurement.

General VP Malik (retired), the army chief who led India to victory during the Kargil War, expressed support for the Agnipath scheme and said the army is not interested in recruiting hooligans responsible for the violence taking place during the protests against the short-term recruitment plan.

"We have to understand that the armed forces are a volunteer force. It is not a welfare organisation and it has to have the best people who can fight for the country, who can defend the country," General Malik told NDTV on thursday. "Those people who indulged in goondaism, burning trains and buses, those are not the people we would like to have in the armed forces," he added.

He, however, said there were a number of candidates who could not "complete the test when we suspended recruitment".