"I Have To Ask Big Brother In America?" Retailer In Reliance vs Amazon

The Delhi High Court is now weighing if the US e-commerce giant has any legal basis to object to the transaction and a ruling is expected in weeks. 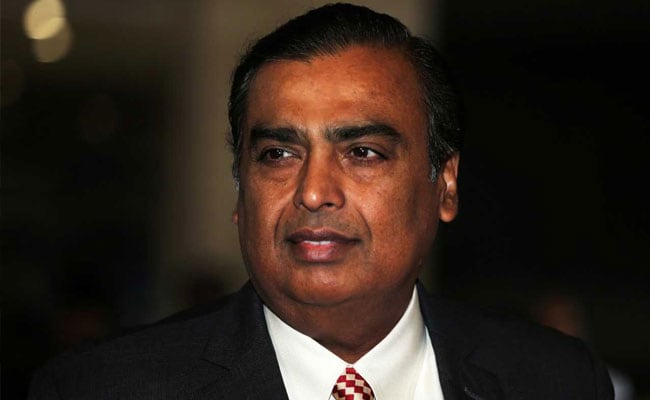 A battle between Amazon.com Inc. and Reliance Industries Ltd. to dominate India's $1 trillion consumer market is stoking nationalist rhetoric in a courtroom and outside, as the two companies tussle over the future of a distressed local retailer.

At the center of the case is Amazon's efforts to block Reliance's planned purchase of Future Group's assets, saying the Indian retailer violated a contract by agreeing to a sale to a rival controlled by billionaire Mukesh Ambani. The Delhi High Court is now weighing if the U.S. e-commerce giant has any legal basis to object to the transaction and a ruling is expected in weeks.

The legal spat has not only revealed the intensity of the fight between two of the world's richest men -- Jeff Bezos and Mr Ambani -- but has also sparked a "foreign versus local" debate. A lawyer for Future, in his argument, painted Amazon as the "Big Brother in America" out to crush a small local company, while a retailer lobby group declared its "support to Indian company Future Group in its fight against Foreign Amazon."

For its part, Amazon wants Indian courts and regulators to enforce a business contract in what it views as a commercial dispute. If Future is allowed to renege on its contract with Amazon, it may signal to global investors that investments in India are risky, the U.S. company alleges. That is an inconvenient image at a time when Prime Minister Narendra Modi needs foreign investment to create jobs and reboot an economy pummeled by the pandemic.

The stakes are high for both Amazon and Reliance. Securing Future's assets will give Reliance, already the biggest retailer in the country, an unparalleled edge in a market where most of the consumers still prefer shopping in stores. That's an advantage Amazon is not willing to cede. Nor is Amazon willing to be upstaged by nationalistic arguments after losing ground to home-grown rivals in China. India, with its billion-plus consumers, is effectively the last big growth frontier.

Mr Ambani, 63, has been playing the nationalist card as well. The tycoon, who's been warning against data colonization since 2018, often presents Reliance as a homegrown champion and its telecommunications, retail and digital ventures as nation-building initiatives.

This week, Reliance Retail introduced the "Indie" and "Swadesh" -- meaning from one's own country -- taglines on its e-commerce websites to promote indigenous handicrafts and textiles, dovetailing with PM Modi's call to be "Vocal for Local." In a key May speech, PM Modi mentioned "self-reliance" at least 17 times during a 33-minute address to the nation.

In August, Reliance announced the $3.4 billion purchase of the indebted Future Group that was straining under a severe cash crunch triggered by the coronavirus-led slump. Amazon, which holds a 49% stake in an unlisted Future Group entity, objected to this transaction and secured an order from a Singapore arbitration court that temporarily put the asset sale on hold. Future petitioned against this freeze-order in the Delhi High Court.

Harish Salve, the celebrity lawyer representing listed Future Retail Ltd., told the court that Amazon was behaving "like the East India Company of the 21st century." Amazon's stand is "either you do business with me or you shut down," he said, stressing that an aborted asset sale deal will lead to thousands of job losses and bankruptcy.

The East India Company -- formed by a group of British merchants who arrived in India in the 17th century to trade in spices and ended up colonizing the country for centuries -- has been an unpleasant memory in Indian history. This emotive reference marks the latest Indian versus outsider dispute this year that also saw Google face pushback from Indian startups and over 200 apps from Chinese technology companies being banned following a military clash along the Indo-China border.

"Amazon has no investment in Future Retail," Mr Salve said in court. "Reliance wants to buy, but I have to ask Big Brother in America?" he said, asking if an overseas firm should be allowed to control an Indian company's business dealings.

Amazon's lawyer Gopal Subramanium, India's former attorney general, countered that the American e-tailer was no Big Brother or East India Company and had in fact introduced Future Retail to a prospective investor to ease its distress. Amazon has created thousands of jobs and invested $6.5 billion in India so far, he said.

Reliance's lawyer has argued that the Singapore arbitration tribunal's emergency order halting the transaction isn't recognized by Indian law and the deal is crucial to save the retailer from collapse.

These arguments in court were prompted by a Future Group legal petition after Amazon had written to India's market and antitrust regulators apprising them of the Singapore arbitration order of an interim stay.

Amazon suffered its first setback in the case last week, when the antitrust regulator, Competition Commission of India, approved the Reliance-Future deal. Earlier, Reliance said it intends to complete the transaction "without any delay."