Over two lakh pilgrims have so far registered for the yatra which is scheduled to conclude on August 26 coinciding with Raksha Bandhan. 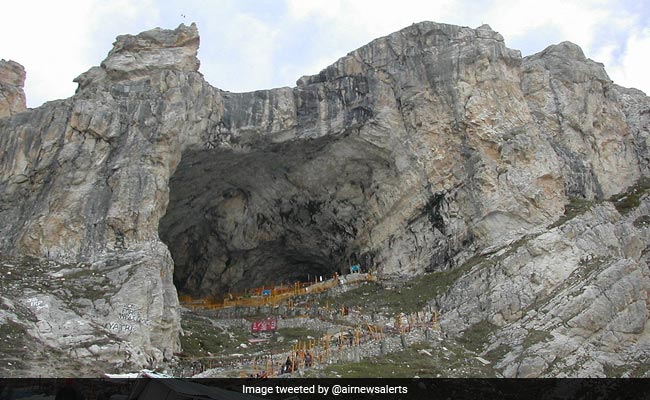 Scheduled to start this morning, the pilgrimage got delayed due to heavy rains. (File)

The second batch of nearly 3,500 pilgrims, including 592 women and 160 Sadhus, today left from Jammu for the base camps in the Kashmir Valley to undertake the arduous yatra to the 3,880-metre high cave shrine of Amarnath.

The 60-day annual pilgrimage was scheduled to start from the twin routes of Pahalgam in Anantnag district and Baltal in Ganderbal district this morning but got delayed due to heavy rains.

Wide parts of Jammu and Kashmir were lashed by light to heavy rains since last evening, also triggering a landslide on Jammu-Srinagar national highway near Peera. However, timely action by the concerned authorities made the road traffic worthy.

After getting road clearance, the second batch of 3,434 pilgrims left Bhagwati Nagar base camp here for Kashmir in the early hours, officials said, adding they are expected to reach the base camps of Nunwan-Pahalgam and Baltal in the valley later in the day.

Promoted
Listen to the latest songs, only on JioSaavn.com
The pilgrims left Jammu in a fleet of 114 heavy and light motor vehicles under tight security arrangements, taking the number of pilgrims who left for the valley from the base camp here since yesterday to 6,429.

Over two lakh pilgrims have so far registered for the yatra which is scheduled to conclude on August 26 coinciding with the 'Raksha Bandhan' festival.