Alwar Mob Lynching: Rakbar Khan, 28, was taken to hospital by the police three hours after the attack. He was declared dead on arrival.

The man attacked by a mob of cow vigilantes in Rajasthan's Alwar died of shock after suffering injuries all over his body from a "blunt weapon or object", a post-mortem report has said. Rakbar Khan, the mob victim, also had a lot of blood in his chest and had suffered multiple fractures, according to the report.

Rakbar Khan and his friend Aslam were attacked late on Friday night by villagers who thought they were smuggling cows. He was beaten with sticks and stones while his friend managed to escape.

It took the police three hours to take the 28-year-old to a hospital just 20 minutes away. Rakbar was declared dead on arrival.

According to the autopsy report, Rakbar died of shock as a result of his injuries. He was beaten in the ribs and back, and his leg and wrist were fractured. There was 750 ml blood in his chest. There were seven-eight fractures on his body. 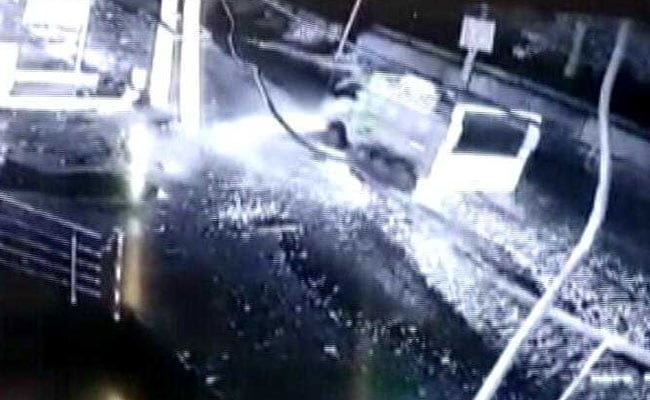 An injury found near Rakbar's head was caused by a blunt weapon or object, the report says.

"Internal bleeding lead to the death," said Rajeev Gupta, one of the doctors who performed the autopsy.

Rakbar's brother has said that he was beaten so severely that even his neck was broken.

The delay by the police in taking him to hospital is being investigated. Besides making arrangements for Rakbar's cows, the police allegedly also stopped for tea before reaching the hospital.

Action has been taken against three policemen. Assistant sub-inspector Mohan Singh was suspended and two constables have been moved to an insignificant role.

A Vishwa Hindu Parishad (VHP) leader who called the police to the attack spot and also accompanied them for much of the three-hour journey to the hospital, has released images of Rakbar Khan sitting upright after the attack.

"See I took this picture in the police vehicle. See, he looks fine," said the leader, Naval Kishore, implying that Rakbar was "fine" before he reached the police station.

"We have no information yet about the victim being thrashed in custody, but yes, prima facie we have found that there was indeed an error in judgement in deciding what was important at that point," NRK Reddy, Special Director General of Police, said.

Amid countrywide outrage over mob killings, the Centre has asked a group of ministers led by Home Minister Rajnath Singh to examine ways of stopping the attacks and then submit a report to Prime Minister Narendra Modi.