Alwar mob lynching: Rakbar Khan and his friend Aslam were attacked late at night when they were walking with two cows they were taking home

Alwar mob lynching: A policeman was heard saying that he had made a "mistake"

One of the policemen accused of taking three hours to take a critically wounded mob attack victim to hospital in Rajasthan's Alwar on Friday admitted today to the inexplicable delay and said, "I made a mistake".

Assistant sub-inspector Mohan Singh has been suspended and two constable have been shifted to Police Lines as investigation into the matter pointed to lapses on part of the police.

Rakbar Khan and his friend Aslam were attacked late at night when they were walking with two cows they were taking home. A mob of villagers accused them of cow smuggling and started hitting them with sticks and stones.

The police arrived a little before 1 am. When Rakbar, 28, was taken to hospital, it was 4 am. He was declared dead on arrival.

"Yes I agree it was my fault. Now punish me. Do what you want with me. I made a mistake," Mohan Singh is heard saying on a video taken by a cop that later went viral.

The police said its local team reached Rakbar at least 20 minutes before what was reported previously.

Before making it to the hospital with a wounded and bleeding Rakbar, the policemen allegedly arranged to transport his cows to a shelter, gave him a wash to "clean the mud" off him, and also took a tea and snacks break. 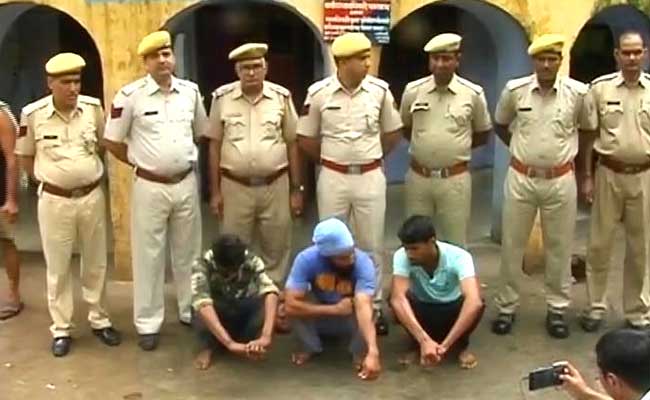 Rakbar may have been in that police vehicle. He would be declared dead on arrival 13 minutes later.

A woman witness, Maya, has told NDTV that the police were "beating the man in the vehicle and abusing him".

"They (the mob) didn't leave any part of the body that wasn't broken. His neck was also broken so how could he have recorded his statement?" said Rakbar's older brother Illyas.

"They tried to catch me and Rakbar. They started hitting Rakbar with sticks. I got away but I saw them and heard them hitting Rakbar," Aslam has said in his written statement to the police, known as "parcha bayaan". Aslam, who escaped the attack, is a key witness in the case.

Aslam says he had heard people in the mob saying "you can't do anything to us, we are the local MLA's men" and "set him on fire". He has also named the attackers. "They were calling each other Suresh, Vijay, Paramjeet, Naresh and Dharmendra". Three of them have been arrested.

Amid outrage over mob killings in the country, the centre today said a group of ministers led by Home Minister Rajnath Singh would study the recommendations of a high-level panel to discuss ways to stop the attacks and then submit a report to Prime Minister Narendra Modi.