Counting for the election, held at Ramgarh on January 28, will begin at 8 am on Thursday. 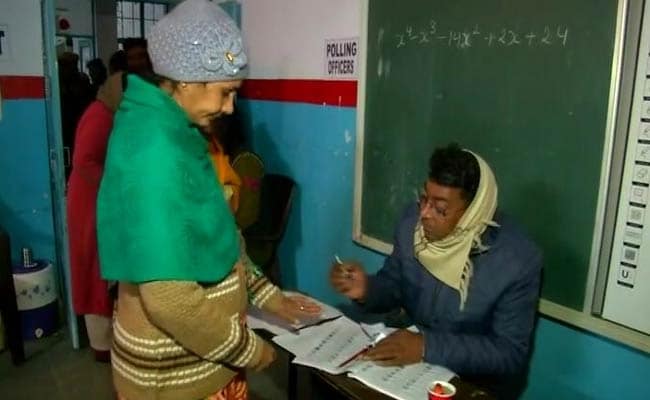 Counting for the election, held at Ramgarh on January 28, will begin at 8 am on Thursday. The process will be taken up at the Arts College in Alwar.

Polling in Ramgarh could not be held on December 7 owing to a fatal heart attack suffered by Bahujan Samaj Party (BSP) candidate Laxman Singh on November 29. The Election Commission then decided to conduct the election on January 28 along with the Jind bypolls.

Ramgarh had witnessed a voter turnout of 79.12% on polling day, well over the 74.21% count for the assembly elections. The constituency has over 2.35 lakh eligible voters.

The Congress hopes to win Ramgarh because it will give the party a big boost in the state. The party currently has 99 seats in the 200-member assembly and is able to muster up the required majority only due to support from three other parties, besides independents. However, Jagat Singh - who jumped off the BJP bandwagon to become the BSP's candidate in the constituency - may just play spoilsport.

The assembly seat had seen a polarised election campaign in the last one year, with incidents of cow vigilantism and the lynching of a Muslim man - Rakbar Khan - dominating public discourse. This factor makes Ramgarh a prestige battle for the BJP.

Jagat Singh, the son of former senior Congress leader Natwar Singh, is banking on the BSP's increased vote share in eastern Rajasthan to make an impact in the election. He will be facing off against the Congress' Saafiya Khan, wife of former MLA and All India Congress Committee secretary Zubair Khan, and little-known BJP candidate Sukhwant Singh.

The BSP currently has six legislators in the Rajasthan state assembly, five of whom hail from Alwar district and another from neighbouring Bharatpur.