The Prime Minister also referred to Lucknow guest house episode, remarking that "for political gains, people are even forgetting that". 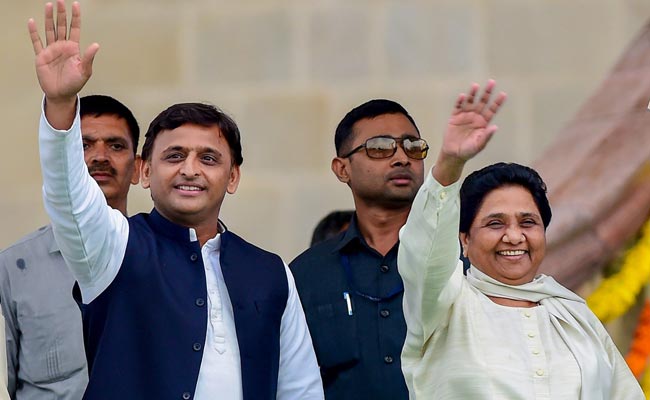 Both Akhilesh Yadav and Mayawati have blamed the Centre for the CBI investigation. (File)

Prime Minister Narendra Modi today targeted the prospective alliance between Mayawati and Akhilesh Yadav in Uttar Pradesh - which is seen as a factor worrying the BJP. Referring to the ongoing investigation into the mining scam that he said people cry foul when "investigating agencies hold them accountable for their actions".

"In Uttar Pradesh, you can see how those who used sand to make money are now getting into alliances... All this is happening because - 'chowkidaar jaagta hai' (the watchman is awake)," he said at a public meeting in Agra, the second stop for his nationwide programme of 100 rallies ahead of the elections.

The Prime Minister also referred to Lucknow guest house episode, remarking that "for political gains, people are even forgetting that". The reference was to an attack on Mayawati in June 1995, after she had ended her ruling alliance with the Samajwadi Party.

A mob of unruly Samajwadi workers had entered a guesthouse in Lucknow where she was meeting her lawmakers and roughed her up, cementing the rivalry between the two parties that ended last year in the interest of keeping the BJP out of power in the state.

The alliance between Akhilesh Yadav and Mayawati cost the BJP a string of crucial Lok Sabha seats last year -- starting with Gorakhpur, which defected to the opposition after electing Chief Minister Yogi Adityanath for five consecutive terms.

Party insiders admitted that the defection, months after the BJP's landslide victory in the state elections, had rung warning bells.

Critics now say the possibility of Mayawati and Akhilesh Yadav getting together for the coming national elections has rattled the BJP. At stake are 80 Lok Sabha seats -- the highest from any state.

Both Akhilesh Yadav and Mayawati have blamed the Centre for the CBI investigation into illegal mining that threatens to embroil the Samajwadi chief. They have called it part of the Centre's efforts to scuttle the alliance.

"PM Modi is scared of the alliance. It is reflecting in his demeanor. Modi thinks the janta (people) can be confused. But the janta has decided to fuse the BJP," Akhilesh Yadav said today.