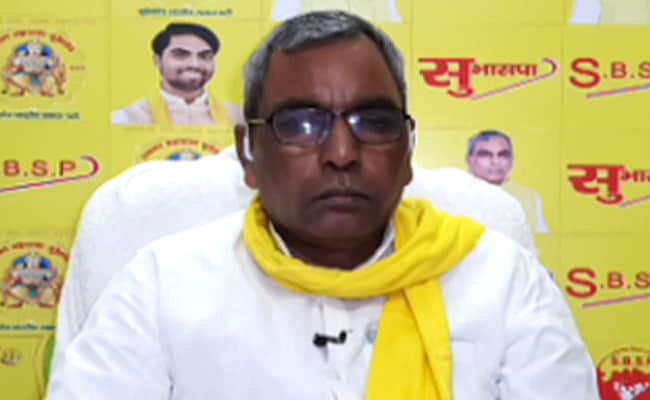 OP Rajbhar however, maintained that his party was still in alliance with the Samajwadi Party.

A key ally of Akhilesh Yadav's Samajwadi Party was given 'Y' security cover on Thursday after he supported NDA candidate Droupadi Murmu in the Presidential election.

Mr Rajbhar, a former BJP ally who switched sides in 2019, earlier said he had sought time with Akhilesh Yadav to discuss the Presidential election and matters related to the alliance. He claimed he got no response from the Samajwadi Party chief.

"Akhilesh ji did not think about me or the vote," he said.

Om Prakash Rajbhar has been making headlines for a few months now for targeting his alliance partner. He recently accused the Samajwadi Party of "intimidating" Muslims for votes.

"The Samajwadi Party (SP) gets votes of Muslims by intimidating them but when the time comes to give the Muslim community their rights, the party turns its back on them," Mr Rajbhar claimed.

In May, he took a dig at Akhilesh Yadav, claiming he had grown too used to "air-conditioned rooms" and need to step out and meet people more often.