National Security Advisor Ajit Doval, who has been operating from the office of the state Intelligence Bureau unit, has "ensured synergy among forces", a senior police officer said 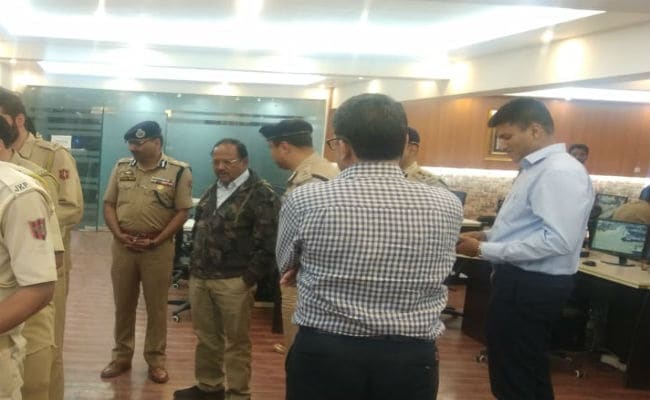 On the day the centre scrapped special status from Jammu and Kashmir and divided it into two union territories, National Security Advisor Ajit Doval flew in an Air Force plane to Srinagar to oversee the security deployment. He hasn't left the state since and has been sending updates to Prime Minister Narendra Modi, officials said.

A week later as Jammu and Kashmir saw a peaceful Eid-al-Adha, Mr Doval spent some time with Central Reserve Police Force (CRPF) and state police personnel having a festive meal at a "situation cabin".

Mr Doval, who has been operating from the office of the state Intelligence Bureau unit, has "ensured synergy among forces", a senior police officer said.

He said Mr Doval appreciated the long duty hours they have been putting to ensure law and order is maintained in Jammu and Kashmir. "The NSA appreciated the commitment level and hard work of our boys," the officer told NDTV.

Home Ministry officials said it was a strategic decision by Prime Minister Narendra Modi to send Mr Doval, a career intelligence officer, to gather first-hand information and take security related decisions real-time, according to the situation on the ground. 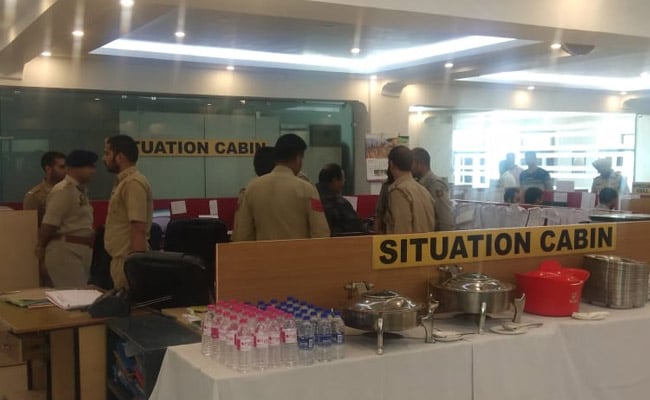 Mr Doval would be in Kashmir valley till August 15, sources said.

"Regular chatter is being intercepted that Pakistan wants to carry out a spectacular attack before Independence Day," an intelligence officer told NDTV.

"When the bill (to scrap special status) was introduced in parliament, there were three immediate security challenges before the government - Friday prayers ahead of Eid, then Eid, and Independence Day," another senior police officer said. "Due to constant efforts by the security forces, all eyes are on preparation of Independence Day," he said.

Mr Doval has in the past few days travelled to all sensitive districts, including Shopian, Pulwama and Anantnag. "It was a symbolic gesture and also to ensure all agencies work in tandem with each other," an officer said.

"He asked the security officials to identify and address the factors responsible for radicalisation and fresh recruitment from these areas," the officer said.

Sources said south Kashmir areas have seen maximum number of recruitment to terror groups. Most terrorist commanders from Jaish-e-Mohammed, Lashkar-e-Taiba and Hizbul Mujahideen have been from these areas.

"This may be easier said than done as vested interests will use all ways and means to provoke the security forces into action, and also use social media with false narratives and rumours to whip up emotional sentiments," an officer said.

The festival of Eid-al-Adha went peacefully in Jammu and Kashmir on Monday, the government said, sharing photos of the mosques in and around Srinagar and the size of the congregation in surrounding towns. But the mood was subdued as the streets of Srinagar remained deserted under the watchful eyes of the security personnel.

In a statement, the Home Ministry said large prayer congregations were seen at many places of Kashmir valley including Baramulla, where 10,000 people gathered, and in Bandipora, around where 5,000 people took part in the prayers.

The state administration reiterated its denial of the city witnessing any major protest as reported by a section of the media, saying "not a single bullet has been fired by the security agencies".