MiG 21 Crash in Rajasthan: According to sources, the MiG-21 took off from Nal on a routine mission this afternoon when it suffered a technical problem.

According to sources, the MiG-21 took off from Nal on a routine mission this afternoon when its engine developed technical issues. Initial inputs suggest that the aircraft malfunctioned due to a bird hit, the defence spokesperson said.

Bikaner Superintendent of Police Pradeep Mohan Sharma said police teams have been sent to the site of the crash to cordon off the area. No loss of life was reported, he added.

The cause of the accident will be investigated by a Court of Inquiry.

The supersonic fighter sourced from the erstwhile Soviet Union last hit the news when one of them crashed during a dogfight between Indian and Pakistani air forces on February 27, a day after the IAF launched an air strike on a Jaish-e-Mohammed terror camp in the neighbouring country's Balakot. Although the pilot -- Abhinandan Varthaman -- managed to eject, he was captured by Pakistani authorities after landing in Pakistan-occupied-Kashmir. Wing Commander Varthaman was returned to India two days later. 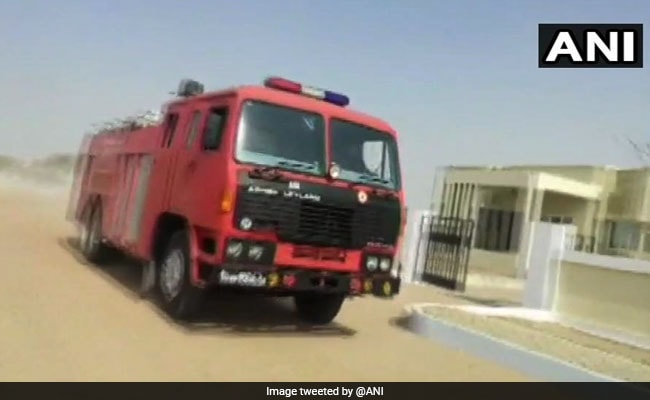 A fire tender being rushed to the site of the MiG-21 crash in Bikaner.

Although MiGs were inducted into the IAF in the 1960s, soon after the India-China war, they were upgraded to the MiG-21 Bison version in 2006. The upgrades included equipping the fighters with powerful multi-mode radars, better avionics and communication systems. Although these jets could initially only carry "dumb bombs", they are now capable of transporting a wide range of guided munitions.

According to experts, the MiG-21 was used to counter Pakistan's F-16 offensive because it has a delta wing, similar to the Mirage 2000 and LCA Tejas, which makes it highly manoeuvrable in dogfights.

Nevertheless, the government has held that it needs the much-superior Rafale jets to counter Pakistan's F-16s if more hostilities are to follow. "Rafale fighter jets are needed, although the MIG-21 of the 1960s performed beautifully against the F-16," Attorney General KK Venugopal had argued before the Supreme Court recently.