The pilot of the aircraft is safe as he ejected in time, said the official. 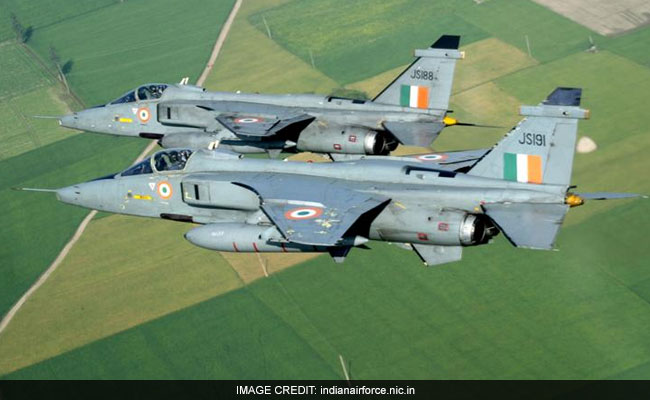 This is the second incident involving a Jaguar fighter in the month of June. (File Photo)

Jamnagar: An Indian Air Force Jaguar fighter jet today developed a technical snag during landing at the Jamnagar Air Force base, an IAF official said. The pilot of the aircraft is safe as he ejected in time, said the official.

"At around 9:20 am, the pilot of a Jaguar aircraft, on a routine mission from Jamnagar, safely ejected when the aircraft developed a snag during the landing phase. It was a minor accident. Pilot is safe," said the official.

He said a court of inquiry has been ordered to ascertain the cause of the incident.

According to him, the plane has not crash landed, as it had only developed a technical snag.There was only minor damage to the fighter jet, he said.

Promoted
Listen to the latest songs, only on JioSaavn.com
Air Commodore Chauhan, a recipient of the Vayu Sena Medal and the Air Officer Commanding of Jamnagar Air Force Station, died when the deep penetration plane crashed in a field in Bareja village on June 5.