Two pilots and another personnel onboard the Dhruv helicopter were safe, the sources said, adding they have already been evacuated. 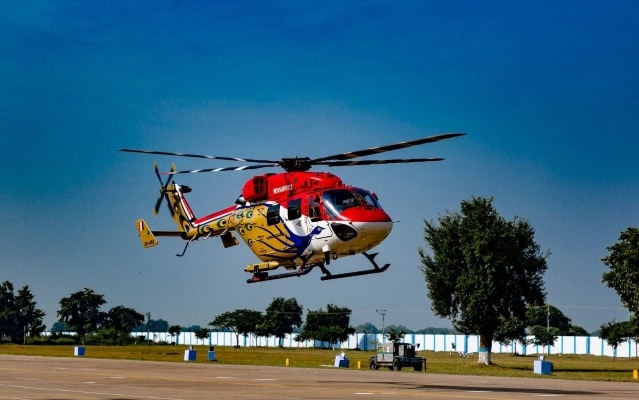 A Dhruv helicopter of the Indian Air Force made an emergency landing at a forward helipad in eastern Ladakh on Monday, sources said.

Two pilots and another personnel onboard the advanced light helicopter were safe, the sources said, adding they have already been evacuated.

The incident took place around 9:30 am, they said, adding the three personnel sustained minor injuries.

The reason for the emergency landing is not immediately known.

Dhruv is an indigenously designed and developed multi-role and multi-mission helicopter. It is a twin-engine helicopter in the 5.5-ton weight category.