In a significant move, the use of home-made biofuel for military aircraft has been cleared after months of exhaustive ground and flight trials, officials said 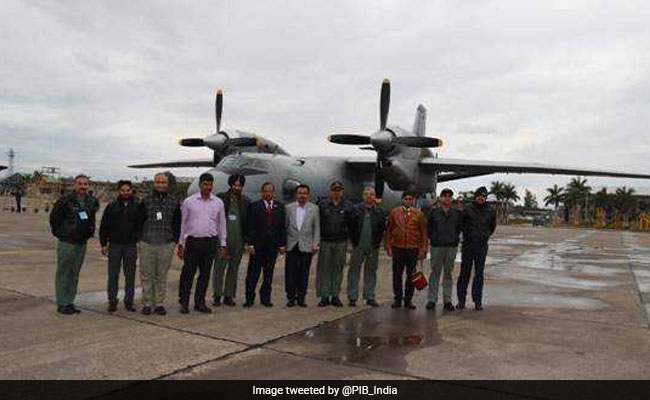 In a first for the Republic Day parade, the Air Force on Saturday flew an An-32 aircraft in a formation whose lead plane used a mix of traditional and biofuel. The An-32 formation also showed India's quest to seek alternative sources of fuel.

The lead aircraft of the formation was flown using aviation turbine fuel blended with 10 per cent biofuel, a senior Air Force officer said. The biofuel has been extracted from jatropha plant seeds using a technology patented by the Council of Scientific and Industrial Research (CSIR) and the Indian Institute of Petroleum, Dehradun, the Air Force said.

In a significant move, the use of home-made biofuel for military aircraft has been cleared after months of exhaustive ground and flight trials, officials said on Thursday.

The Air Force is expected to use biofuel for its transport fleet and helicopters following the clearance given by the Centre for Military Airworthiness and Certification.

The "vic" formation is devised for military aircraft and comprises three or sometimes more aircraft flying in close formation with the leader at the apex and the rest of the flight en echelon to left and right, the whole resembling the letter "V".

A host of the country's air defence capabilities were showcased during the Republic Day celebrations. This formation followed the main flypast which left the crowd at the ceremonial boulevard spellbound.

The end of the parade was marked by a single Sukhoi-30 MKI performing the signature "vertical Charlie" in the air.