Berhampore MP Adhir Ranjan Chowdhary's request comes in the wake of a controversy over European Union leaders being allowed to visit Kashmir at a time when opposition leaders are sent back from the airport. 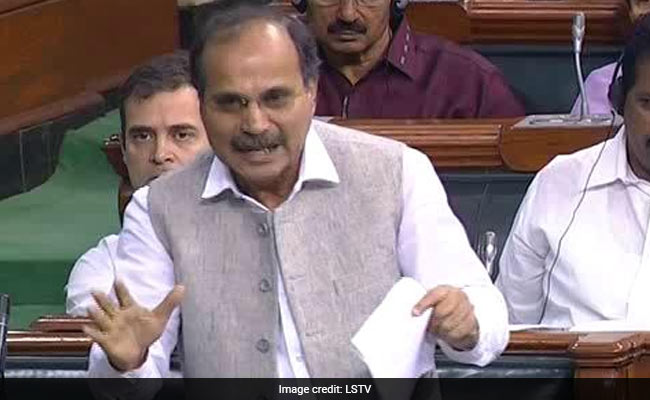 Adhir Ranjan Chowdhary had earlier created a row by claiming that Article 370 was not an internal issue.

"All the deceased persons are from Murshidabad, my home district in Bengal... I urge you to consider my suggestion to send an all-party delegation to the Valley," he wrote in a letter to PM Modi. The Berhampore lawmaker also asked PM Modi to extend financial aid to the victims' families from the Prime Minister's National Relief Fund.

The West Bengal politician's request gains significance in the light of a European Union delegation's visit to Kashmir on Tuesday despite protestations by opposition leaders over not being allowed to do so. Many, including Congress leaders Rahul Gandhi and Shashi Tharoor, viewed this as an "insult to democracy".

Five labourers were killed and another injured when terrorists opened fire at them in Kulgam district on Tuesday. West Bengal Chief Minister Mamata Banerjee condemned the incident, and demanded a "strong investigation" into the incident to uncover the "real truth". She also announced monetary aid of Rs 5 lakh for each of the families killed in the attack.

"In a most unfortunate incident in Kashmir yesterday, five innocent labourers were brutally killed in a pre-planned manner. We are totally shocked!" she said, pointing out that the centre was completely responsible for the law-and-order situation in the region.

Terrorists have been targeting truck drivers and labourers belonging to other states ever since the centre stripped Jammu and Kashmir of its special status through a presidential order on August 5. As many as four non-local truck drivers were shot dead by terrorists across Kashmir between October 14 and 28. In the most recent case of the kind, which occurred on Monday, they killed an Udhampur resident who was transporting apples through Anantnag.

Adhir Ranjan Chowdhary, who was openly critical of the centre's Jammu and Kashmir move on August 5, had earlier sparked a controversy by claiming in Parliament that Article 370 - the constitutional provision that gave the northern state its special status - was not an internal matter. "You say that it is an internal matter. But it is being monitored since 1948 by the United Nations... is that an internal matter? We signed the Shimla Agreement and the Lahore Declaration. Were they an internal matter or bilateral?" he asked.

His remarks sent the Congress into fire-fighting mode, forcing the party to issue clarifications that it does regard Kashmir as an internal issue.