Over the years, several leaders of the ruling BJP have advocated the use of cow dung and urine in daily life on account of its purported curative qualities. 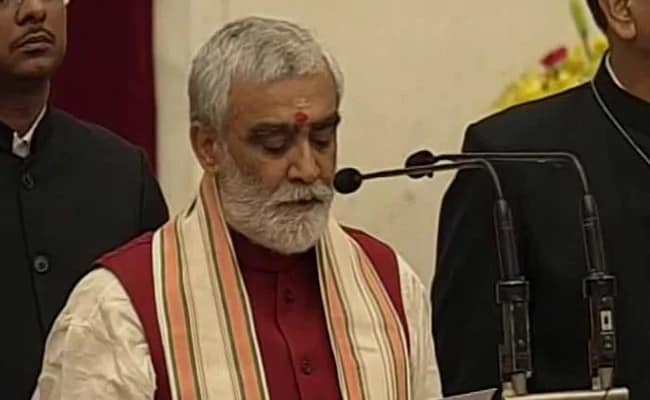 Ashwini Choubey is the Minister of State for Health in the Union Cabinet.

Union Minister Ashwini Choubey on Saturday attested to the significance of cow urine in the health sciences, saying that it can be used to treat serious ailments that have long baffled medical practitioners.

"Several medicines, including those used to treat cancer, are prepared using cow urine. The centre is also working on this under the Ayushman Bharat Yojana," he was heard telling reporters at Coimbatore, Tamil Nadu, in a video released by news agency ANI. Mr Choubey, who is the Minister of State for Health, also said that every effort was being made to protect cattle through proper implementation of government schemes.

The Ayushman Bharat Yojana is a centrally sponsored scheme aimed at making interventions in primary, secondary and tertiary care systems to address issues surrounding healthcare in a holistic fashion. It was launched by Prime Minister Narendra Modi last year.

Over the years, several leaders of the ruling BJP have advocated the use of cow dung and urine in daily life on account of its purported curative qualities. "I was a patient of cancer, and I cured myself by consuming cow urine coupled with ayurvedic herbs," said Pragya Thakur, who defeated Congress MP Digvijaya Singh to win the Bhopal constituency in the recent Lok Sabha elections. The politician, who described herself as a "living example" of the effectiveness of cow urine, also said that rubbing a cow in a certain manner can help control blood pressure.

Late last month, Uttarakhand Chief Minister Trivendra Singh Rawat made headlines by claiming at a function in Dehradun that the cow is the only animal capable of exhaling oxygen. Experts debunked his theory by pointing that all creatures -- including humans -- exhale oxygen in small proportions while breathing. They, however, had a bigger problem with Mr Rawat's second claim that living in proximity to cows can cure tuberculosis.

A more practical take on the matter came from Union Finance Minister Nirmala Sitharaman, when she advocated "zero budget farming" with the aid of cow urine and dung instead of chemical fertilisers and pesticides last month. Cow urine is rich in minerals such as sodium, potassium, creatinine and phosphorus, all of which are known to enhance soil quality.

Some have found ways to put cow dung, known for its cooling qualities, to better use in their daily lives. A resident of Ahmedabad plastered her car completely with cow dung in May this year, saying that it keeps the vehicle cool even without air-conditioning.