US Chokes Iran Oil Flows To Buyers Who Vowed Resistance, Including India

An emerging pattern shows U.S. sanctions are succeeding in throttling Iran's sales to its customers even before the measures take effect in early November. 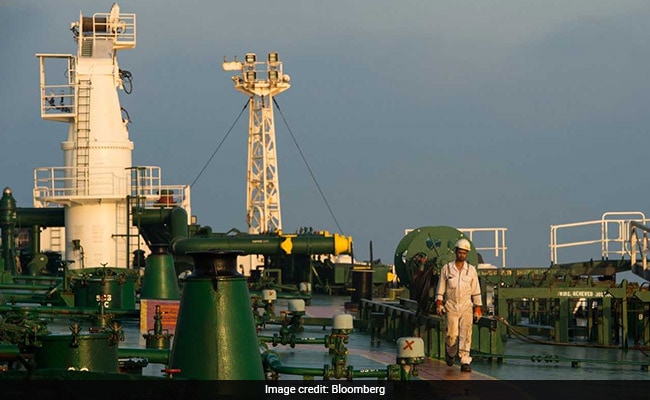 The world's top oil buyers are discovering that U.S. sanctions on Iran will squeeze their trade flows whether they agree with America or not.

It was only about three months ago that foreign minister Sushma Swaraj said that the country won't adhere to unilateral restrictions and will continue buying Iranian crude. China also made similar comments and was said to have rejected an American request to cut imports. Japan and South Korea have held talks with the U.S. aimed at securing exemptions.

Yet for all the pushback and negotiations, an emerging pattern shows U.S. sanctions are succeeding in throttling Iran's sales to its customers even before the measures take effect in early November. While America initially wanted a complete halt in purchases, traders are now concerned that even a revised aim for only cuts would take out enough supply to create a market deficit -- which other producers may struggle to fill. 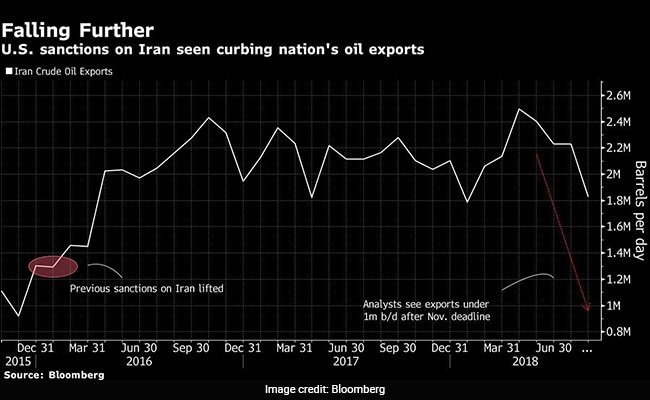 "All of Iran's oil customers are affected by increasing U.S. pressure to halt purchases, even as they request for concessions to cope with the consequences," said Den Syahril, a senior analyst at industry consultant FGE. "We expect India and especially China to maintain some degree of imports, while buyers in Japan and Korea who've cut imports considerably will continue to aggressively seek waivers up till the last minute."

Since the comments about opposing U.S. sanctions, India's imports from Iran have tumbled and it's said to be mulling a 50 percent cut in purchases. Latest data show flows to China, the top crude buyer, have also shrunk and the country's own tankers have stopped hauling supply from Iran. Cargoes to South Korea plunged over 40 percent in July, while Japanese firms have said September-loading shipments may be their last.

After continuing imports, albeit at reduced levels, the buyers must now contend with the ever-closer Nov. 4 deadline, when the U.S. will reimpose sanctions targeting Iran's crude industry. Countries that deal with the Middle East producer after that will risk being cut off from the American financial system, unless they receive a waiver.

While a cargo would need to load only in mid-October to arrive in North Asia the following month, its purchase will have to be decided in September. With the U.S. not yet saying whether it's granting any nation an exemption, all shipments from Iran to its leading customers may be in peril starting this month. Even if the waivers are provided, they will be based on the promise of keeping flows limited. 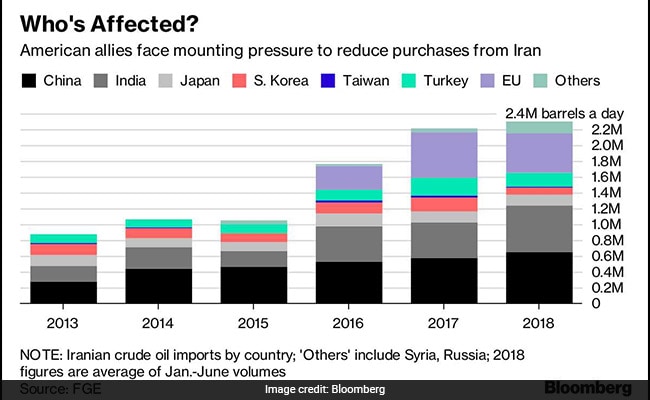 FGE estimates Iran's exports will slump to below 1 million barrels a day by mid-2019, while industry consultant Energy Aspects Ltd. expects a plunge of 1.5 to 1.7 million in daily shipments by the end of this year from current levels of about 2.5 million. With concerns growing that global spare capacity will be stretched if other producers such as Saudi Arabia pump more to make up for the loss, the oil market is revealing risks of a crunch.

Near-term futures for Brent crude, the benchmark for more than half the world's oil, are trading higher than later contracts in a market structure known as backwardation that typically signals a supply squeeze. Front-month prices have soared almost 50 percent over the past year.

"There's been a significant bump in the prompt oil contract that's contributed to the backwardation, and this bullishness is backed by factors such as U.S. sanctions on Iran," said Stephen Innes, head of Asia Pacific trading at Oanda Corp. in Singapore. The market will look to other producers such as Russia to fill the void, even as Nigeria's oil minister remains confident of OPEC's ability to pump more, said the Singapore-based analyst.

Apart from refiners, shipowners whose vessels help ferry the Middle East nation's supply, insurers who cover those cargoes as well as banks that help process payments for the crude are at risk from the sanctions, further complicating any trade with Iran.

Indian Oil Corp., the nation's biggest refiner, doesn't have clarity on purchasing Iranian oil for October due to payment issues, and will wait for direction from the government, a company official said last month. Japan's Fuji Oil Co. has effectively stopped buying crude from the Persian Gulf state because it's becoming difficult to secure a ship to transport oil, according to a company spokesman.