Mr Bharti said he has received over 150 requests from small vendors requesting help similar to that which helped the Malviya Nagar eatery. 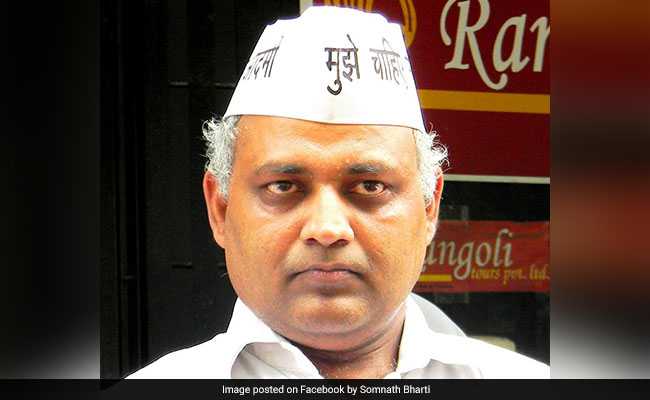 Somnath Bharti, an MLA from Malviya Nagar, had visited Baba ka dhaba to promote it (File)

AAP MLA Somnath Bharti on Monday said he has received 150 requests from small vendors, seeking help like one received by "Baba ka Dhaba" to boost their business.

Social media spun its magic a few days back with a video of Kanta Prasad, the owner of "Baba ka Dhaba", tearfully recounting the desperation in the months since the lockdown, being shared widely across platforms.

Customers made a beeline to eat his food as did camera crews, bloggers and journalists. The dhaba, a little blue box in Malviya Nagar in south Delhi, was the cynosure of many eyes across the country, including celebs from showbiz who posted appeals asking people to go there and get themselves a meal.

A day after the heartbreaking video, #Babakadhaba was trending on Twitter and the food joint was flooded with more customers than it had seen in 30 years of being in business.

Somnath Bharti, who is an MLA from Malviya Nagar, also visited the eatery to promote it.

Mr Bharti said he has received over 150 requests from small vendors requesting help similar to that which helped the Malviya Nagar eatery.

He said a team of volunteers of his trust "Bridging the Gap Foundation" is forming a strategy to help small vendors. Being an MLA from the area, many are queuing up at my office to seek help which is a good but challenging thing, Mr Bharti said.

"I am in receipt of over 150 requests for similar treatment. A team of volunteers from @BridgingTheGapF is working to form a strategy to help all such requests," he tweeted.