Raghuvansh Prasad Singh has been with the RJD or Rashtriya Janata Dal since its inception in 1997 and his association with Lalu Yadav goes back to their Janata Dal days.

Raghuvansh Prasad Singh had been unhappy for some time with the party. (File)

One of Lalu Yadav's oldest associates, Raghuvansh Prasad Singh, quit the RJD today in a huge jolt for Bihar's main opposition party ahead of state elections. Hours after his handwritten resignation letter emerged, Lalu Yadav shot off an emotional response and declared: "I cannot believe it...You are not going anywhere."

Raghuvansh Prasad Singh has been with the RJD or Rashtriya Janata Dal since its inception in 1997 and his association with Lalu Yadav goes back to their Janata Dal days. He is currently in the ICU at AIIMS hospital in Delhi, being treated for complications after a coronavirus infection. The former Union Minister has shown an inclination towards Chief Minister Nitish Kumar's Janata Dal United, say sources.

"After (former Chief Minister and socialist icon) Karpuri Thakur's death, I stood by you for 32 years, but no more," the 74-year-old said in a handwritten resignation note on plain paper to Lalu Yadav. With a not-so-steady hand, he also wrote that he had received much love and support from the party, "please forgive me." According to RJD leaders, the veteran's tone appeared to rule out any possibility of a change of mind.

But Lalu Yadav made it clear he was not giving up on his old friend so easily, and sent back a handwritten reply. "Dear Raghuvansh Babu, a letter said to be yours is circulating on the media. I cannot believe it. My family and the RJD family wants to see you back soonest after recovery. For four decades, we have taken every political, social and even family decisions together. First you get better, then we will sit and talk. You are not going anywhere. Know it." 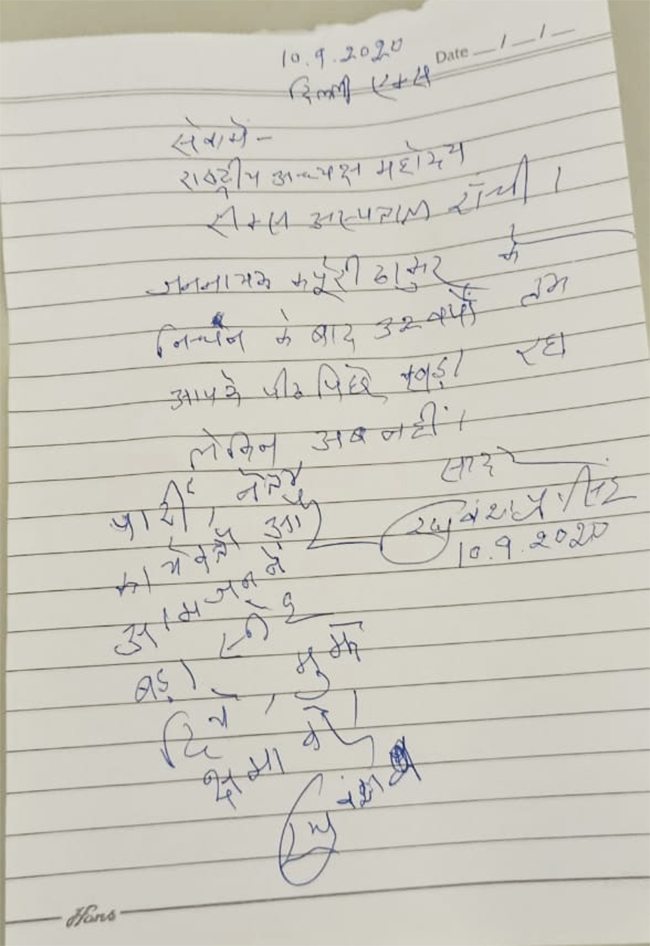 Mr Singh had been unhappy for some time with the party, which Lalu Yadav's son Tejashwi has been running since his father went to jail on corruption charges. His biggest angst lately has been Tejashwi's move to welcome Rama Singh, his old nemesis, who defeated him in the 2014 general election.

In a letter to the party in June, Mr Singh had said he was not happy with the sort of people being taken into RJD in recent months.

At the time, five of the eight RJD members in Bihar's upper house had also quit and crossed over to Nitish Kumar's party. Lalu Yadav's wife and former Chief Minister Rabri Devi is among the remaining three members of the legislative council (MLCs).

Sources say when he's out of hospital, Mr Singh may join Nitish Kumar, who took "personal interest" in his treatment and also facilitated his travel to Delhi during the lockdown.