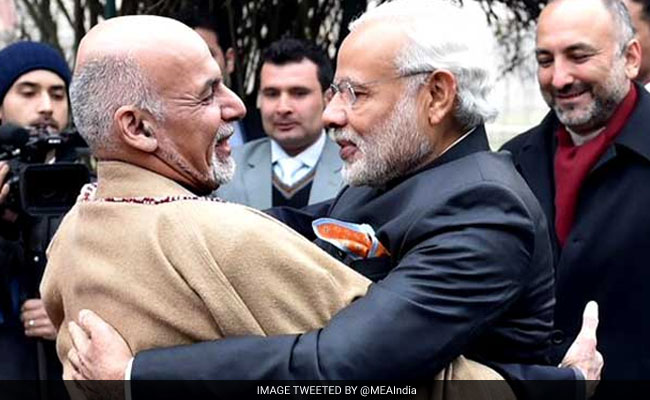 Discussions between Ghani and PM Modi will cover 'matters of mutual interest'. (File)

New Delhi: Afghanistan President Ashraf Ghani will arrive in New Delhi today on a two-day visit to hold "close consultations" on key issues with Prime Minister Narendra Modi during which India is likely to accede to Kabul's demand for increased military assistance.

Announcing the visit, the External Affairs Ministry said the discussions between Mr Ghani and PM Modi will cover a wide range of "matters of mutual interest".

"The upcoming visit will provide an opportunity to continue the close and frequent consultations between the two friendly neighbours, including at the highest level."

"Such interaction is the hallmark of their strategic partnership and has guided the strengthening of all-round cooperation between the two countries," the Ministry had said in a statement on Saturday.

Afghanistan has been demanding increased defence supplies, including lethal weapons from India, which for the first time gave four Mi-25 attack helicopters to the war-torn country last year.

Promoted
Listen to the latest songs, only on JioSaavn.com
According to sources, India may accede to the demand and announce such assistance.

Apart from holding discussions with PM Modi, who will also host a lunch in his honour, Mr Ghani during his working visit will also interact with the business community and deliver an address at a prominent think tank in New Delhi.