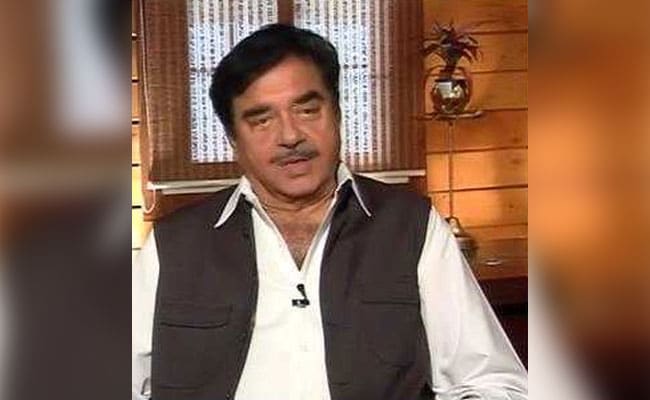 Shatrughan Sinha said he had met Sushant Rajput once and found him a "good mannered" man. (File)

Actor-politician Shatrughan Sinha on Friday hoped the CBI will crack the suspected death by suicide case of actor Sushant Singh Rajput which, he said, had become "messy" due to "finger-pointing" by individuals and the states of Maharashtra and Bihar.

"A journey of a thousand miles begins with a single step," Mr Sinha said, as he hailed the Supreme Court's decision handing over the probe in the case to CBI.

Mr Sinha, who hails from Patna like Sushant Rajput, said the actor was "extremely talented", and lamented the "stupidity and silence" of a "large section" of Hindi film fraternity and English-speaking people who undermine actors and other achievers coming from "chhote shahar" (small towns).

The Bollywood actor of yesteryear said he had earlier spoken about handing over the case to the CBI for a fair inquiry and to end the squabble between Bihar and Maharashtra police.

"The case was becoming messy...I praise the wisdom of the top court for ordering a CBI inquiry into the matter," Mr Sinha, fondly called "shotgun" for openly speaking his mind, said.

He, however, said the CBI was not a "holy cow" as it "failed to successfully solve" the Aarushi Talwar Murder case in Delhi, the assassination of rationalist Narendra Dabholkar and the mysterious death of actor Jiah Khan.

"Though not a ''holy cow'', it (CBI) is still the ''best cow'', well equipped to probe such a sensitive case," he told PTI, and hoped truth will come out in the 34-year-old actor's death case soon.

He also praised actors Shekhar Suman and Kangana Ranaut for raising their voice in support of the actor but questioned the "silence" of a large section of Bollywood celebrities over the death of Sushant Rajput.

"It might be because of their self-interest or fear of hurting powerful people," he said, without taking names.

"Had more and more people from the film industry lent their voice, the national outcry in Rajput's death case could have yielded results much earlier," he added.

Mr Sinha said he had met Sushant Rajput once and found him a "good mannered" man.

"He told me I am his role model. I told him you will go miles ahead of me and become a superstar due to your tremendous acting talent," he said.

"Is Patna a chhota shahar? Great personalities like the first president of independent India Dr Rajendra Prasad, Loknayak Jayaprakash Narayan and a host of top bureaucrats... IAS and IPS officers have their roots in Patna and Bihar," he said.

Mr Sinha admitted "nepotism and favouritism" existed in Bollywood and said he himself had to face hardship on his way to becoming "zero to hero".

He, however, refused to speak about actress Rhea Chakraborty, who Sushant Rajput's father has accused of abetting his son's suicide, saying he never met her and does not know much about the case.