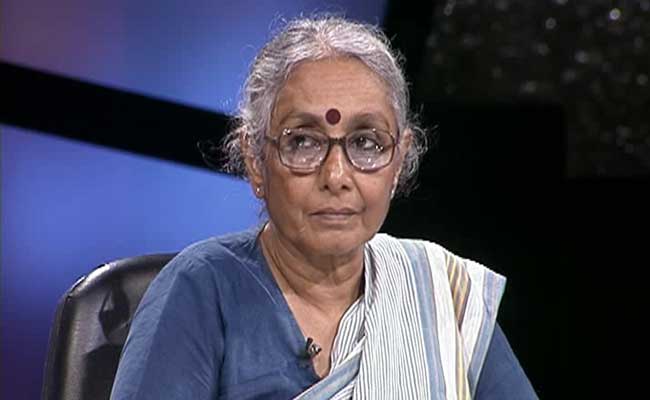 New Delhi: A whistle-blower law is needed to protect people who file applications under the Right to Information Act as the system has now 'self-corrected' to discourage activists, said Aruna Roy, who had spearheaded the RTI Act movement.

She said there is still a need to see the RTI as a larger democratic and people's constitutional tool.

According to Ms Roy, the RTI has brought in an architecture where people are enabled to change from a culture of secrecy to one of transparency.

However, the system, ever conscious of its power, has strategised to stall the free flow of information, to disempower and stall RTI users, the former Indian Administrative Service officer alleged. She had resigned from the civil service to work in rural Rajasthan. Ms Roy co-founded the Mazdoor Kisan Shakti Sangathan (MKSS) in 1990.

If there had been no RTI, many of these tenacious RTI users would have been declared anti-state, Ms Roy said, adding that on the contrary, thousands of questioners of corruption have been able to use the RTI to not only establish the need for transparency, but also to get justice.

She said a whistle-blower law is needed to protect RTI users such as human rights defenders.

Promoted
Listen to the latest songs, only on JioSaavn.com
On the huge pendency of RTI applications, Ms Roy says that the commissions are now staffed mainly by former bureaucrats who rarely impose penalties.

RTI users must start a campaign to lobby with the government to ensure staffing and time-bound outcomes of RTI applications, Ms Roy said.
Comments
Aruna RoyRTI