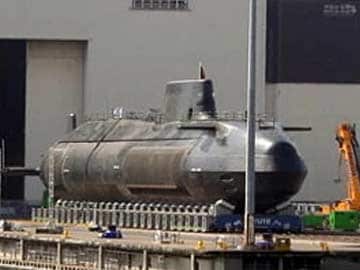 New Delhi: One worker has been killed and two others are injured in an accident at an under-construction nuclear submarine site in Visakhapatnam where India is building its first class of three nuclear-powered ballistic missile submarines.

The incident took place when the pressure of the hydraulic tank of the Arihant class submarine was being tested and the tank's lid fell on the workers at Building-5 of the shipbuilding cente, Defence Research Development Organisation (DRDO) chief Avinash Chander said.

INS Arihant, which is likely to go on trials any day, has not been damaged. "The submarines are safe and the accident does not adversely affect the project," the statement added.

An inquiry into the accident has reportedly been ordered by the DRDO chief.

This comes just a day after a gas leak on an under-construction ship at the Mazagaon dock in Mumbai killed one Navy officer. Carbon dioxide had leaked from a malfunctioning unit during machinery trials of a yet-to-be-commissioned Kolkata class ship.

Only last week, two officers were killed in a fire aboard a Navy submarine INS Sindhuratna, which had been refitted and was being sea-tested.

Promoted
Listen to the latest songs, only on JioSaavn.com
Navy chief Admiral DK Joshi had resigned owning moral responsibility for that and several other accidents in the last few months, including the blast that sank another submarine INS Sindhurakshak in August last year, killing all 18 sailors and officers on board.

Rahul Gandhi Writes To PM With "Message" From Kashmiri Pandits